The Norwegian artist drops a varied 70 minutes, taking in everything from electro to house and acid. 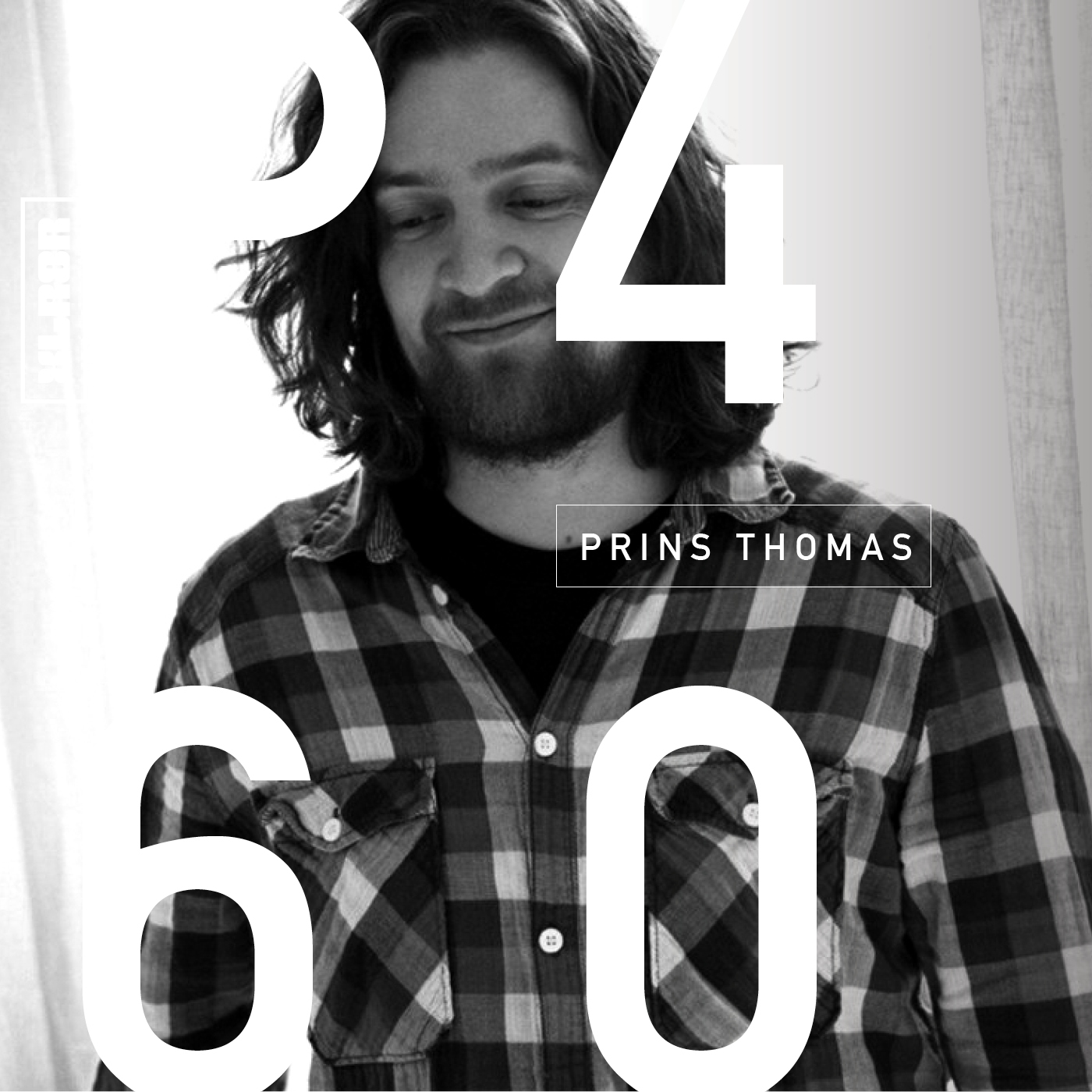 The Norwegian artist drops a varied 70 minutes, taking in everything from electro to house and acid.

At some point, all ears are likely to have been exposed to some form of space disco—a wave of jolly, synth-heavy productions, which took direction from decades of disco and electronic music before it. The sound, which truly exploded in the mid-noughties, has had ongoing success via major figures including Todd Terje, Lindstrøm, and Thomas Moen Hermansen, better known as Prins Thomas.

It’s the latter of the bunch who is widely cited as its godfather. There from the beginning, the Norwegian musician has been a constant pulse through the sound’s emergence and evolution. In the studio, via his own imprint Full Pupp and beyond, he has kept things fresh and exciting by turning in new variations and approaches. His most recent full-length, Principe Del Norte, was no different: an ambient album of sorts, which was viewed by many as his best to date (and also given the remix treatment by a host of electronic acts).

Behind the decks, his approach is equally colorful. In an interview with XLR8R from last year, he made reference to his passion from “exploring new genres of music,” things that he knows “nothing about.” That passion truly shows, embodied in his deep range of selections. This week’s podcast is no different; a tight 70 minutes of dancefloor shakers, made up of everything from electro to house and acid, all with a pleasantly retro feel.

When and where was this mix recorded?
I recorded the mix on the setup I have in my little home studio, which I call “M57 Studios.” It was recorded at 15:00, just in time to pick up my daughter from kindergarden, with barely any time to make the deadline.

What equipment did you record the mix on?
2 turntables, 2 CDJs and a Urei mixer. No separate channel EQs, so beware of some wonky three deck mixing with clashing basslines!

Did you have a specific mood or idea that you wanted to express?
Originally I had picked out a bunch of records that I thought could make an enjoyable hour of listening, but as I nearly forgot the deadline, I couldn’t find the records in question and then had to throw it together quite quickly. The selection, moods and ideas ended up being both random and accidental.

How did you select the specific tracks that you wanted to include?
The way I usually do: doing the selection on the fly and once in a while thinking two or three tracks ahead and then forgetting. In this case, it was mixing in a track then running out the room to browse through my records for the next track

How did you approach this mix in comparison to a regular DJ set?
Not that differently, apart from the crowd missing in my studio…

You recently dropped the Principe Del Norte Remixed release. Talk to us about the origins of the project, and how did you select these remixers?
Principe Del Norte was me trying to do something different to what I’d previously done, using new ideas and new tools in the studio. All the remixers were chosen because I wanted to hear these producers take on my tracks. They are all people I admire, get inspired by, and in some cases even feel push the envelope. I think there’s enough people in this business driving in unison on the same highway and this record feels more like finding alternative routes on the map.

What else do you have coming up this year?
Besides the last three vinyl 12″ releases from this project, I’m not actually sure what will make it’s way from the pressing plant before the new year. More or less just around the corner is a pretty full-on techno 12″ on Rett I Fletta, a handful of remixes both on my own and a few done together with Lindstrøm. There’s two new albums finished, one being a co-production with another Norwegian producer, the other being my next solo album; most likely stand alone records on both Full Pupp and Horisontal Mambo.

Besides that, there’s all the other artists I release: Keita Sano‘s album on Rett I Fletta should drop soon, Chmmr‘s debut album on Full Pupp early next year, Farbror Resande Mac‘s EP on Horisontal Mambo (following the 12″ we recently put out), a Laars 12″ on Full Pupp, a new Magnus International 12″ on Full Pupp, a pair of The Emperor Machine 12’s on Internasjonal, including remixes by me and Wolf Müller… and that’s just the stuff I haven’t forgot!