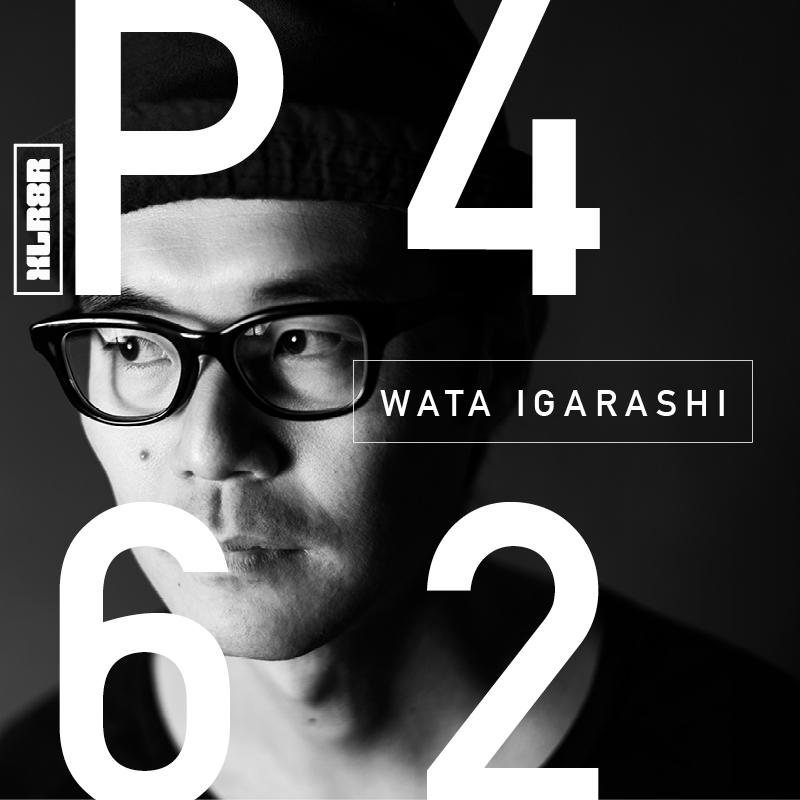 Wata Igarashi is fast becoming one of the most recognizable names in a Japanese techno scene brimming with talent. Over the past couple of years, he has put out releases on some of the most important imprints in modern techno, including The Bunker New York, Semantica, Midgar, and DJ Nobu‘s Bitta. Increasingly he is being booked to perform across Europe, at venues including Berghain, De School and Tresor. His ascent has been swift, having been a relatively unknown name on the international stage but a couple of years ago; however, it’s been a lifetime in music that’s got him to this point.

As a youth, Igarashi obsessed over skate-punk music culture, before making a paradigm shift into the world of jazz (which he studied whilst at University), and eventually finding himself deep in the world of electronic music. He’s worked in commercial composition and currently spends his days as a sound producer. The whole process has evidently endowed in him a rare kind of understanding, which shines through in both his sets and productions.

Igarashi mans the controls on this week’s podcast: through the precisely compiled 80-minute recording, he navigates the trippy end of the psychedelic techno spectrum. In patches it is dark, haunting in others, and rousing in some, but most crucially deep and hypnotic throughout; a good indication of a selector who knows how to manipulate moods and feelings.

What was your inspiration for the mix?
I wanted this mix to be a good introduction to the kind of techno I am making and playing. For those who don’t know me, hopefully this can give them an idea about my style. And for people who have listened to my music before, maybe this provides a bit of a different perspective from previous podcasts. The last mix I had online was for Electronic Explorations and it was a live recording of me playing a hybrid DJ / live set. For this one, I wanted to keep it focused on the dancefloor, but for it have a different energy. I decided I wanted to do something really deep and trippy.

When and where was it recorded?
It was recorded a couple weeks ago, at my home studio in Tokyo.

How does it compare to a Wata Igarashi club set?
Obviously it depends on what time slot I am playing, but basically I prefer the deeper and more psychedelic style of techno. Of course I can go harder, but I am not going to go really bangy—that’s not my style.

Last month I played a night at Contact Tokyo with Ben Klock. I opened and played the first few hours before him. Some of what I played here kind of matched with the middle part of my set, where I was creating energy on the dancefloor while not pushing too much. I really try to think about what my role in the party is and find a way to do that in my own way.

How did you select the tracks?
Very carefully. I spent a lot of time collecting tracks for the mix and then had to think about how they could work together. Some tracks might be super strong, but just don’t fit well. Other tracks might not seem so special on their own, but can actually go perfectly in the mix. So you have this thinking beforehand. And then once you start mixing it is pretty straightforward, you know the tracks and normally have a good idea how you want to use them.

There are a few tracks in the mix which I made original edits for. I often do this as it gives my set a more unique feel and lets me tailor tracks so they better match my tastes. And I was lucky get some nice unreleased music from Mosam Howieson and Von Grall that worked really well in this mix. I also included an unreleased track of mine that I’ve been playing out recently. I’ll provide a tracklist later, for now I just want people to focus on the mix.

2016 has been one of your busiest years to date in terms of releases. What’s next?
Yes, 2016 has been a really good year for me. I was happy to release a second EP on Midgar, who have been very supportive of me. And then I had a chance to release music with some people and labels I have big respect for: Bryan Kasenic and The Bunker New York, DJ Nobu and Bitta, Svreca and Semantica. Finding that there are people out there who are interested in my music has been amazing. This gives me a lot of energy to keep pushing with my productions and DJing. So I am really focusing on trying to improve further and I am looking forward to next year. I will be doing my next EU tour in March 2017 and hopefully there will be some more releases on the way.