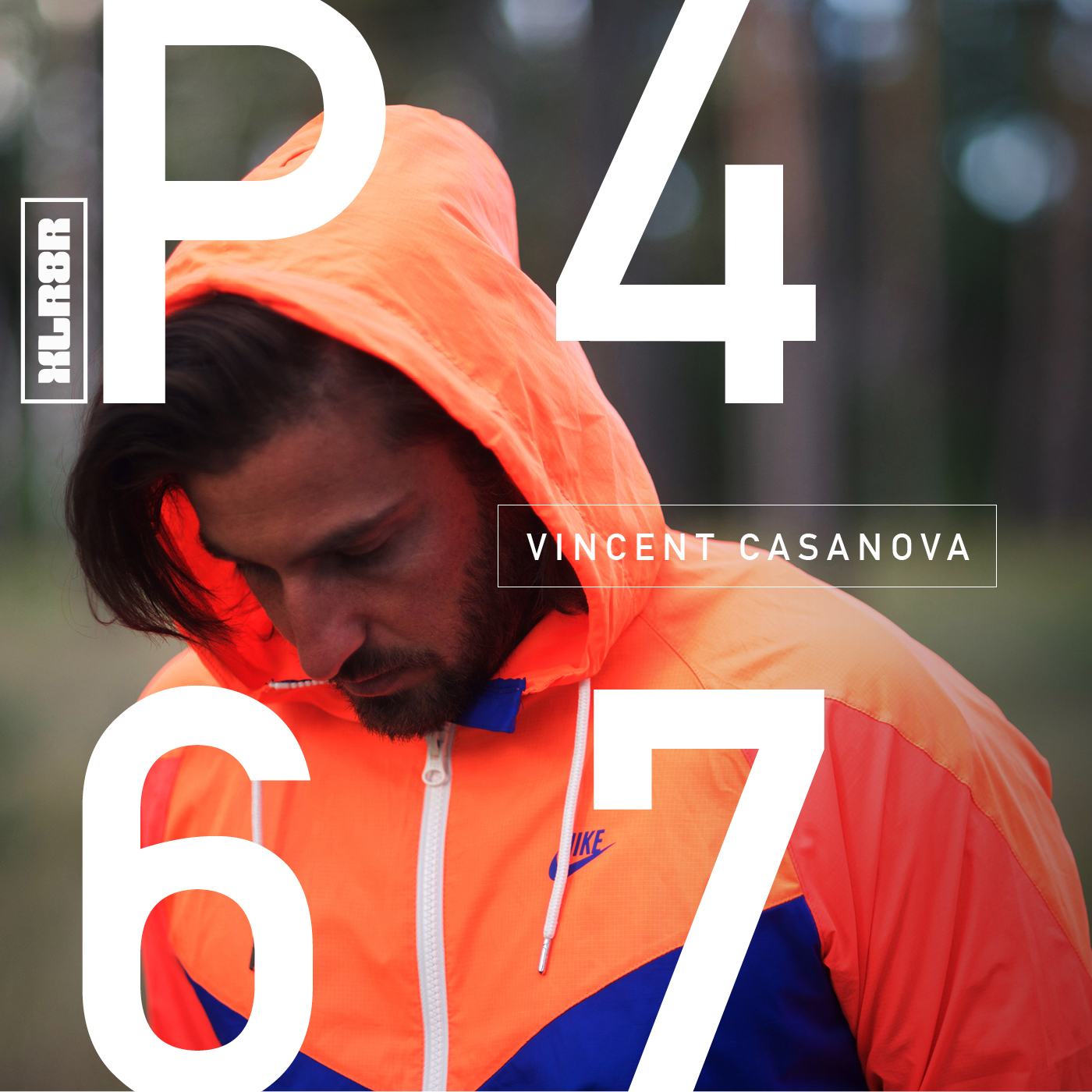 In any good night of house and techno music, the warm up and warm down will often be the most memorable times. Bookending the blur of a peak-time set, they are generally the periods when performers are given the opportunity to express something further out there; the more interesting, experimental ends of their record bags, perhaps.

This week’s podcast contributor is Vincent Casanova, an American DJ and producer whose bio reads: “warm-up lover, creator of tracky tracks.” Anyone who has heard the underground mainstay live will appreciate that this is a succinct but accurate assessment of his skills. His sets are the type to lose yourself in—woozy, meandering and dreamlike, all the while maintaining momentum with beat and groove.

Originally a Connecticut-based rock musician, Casanova found electronic music in the late ‘90s and never looked back. Now living on a peaceful Swedish island, he continues to work with the sound, constantly seeking to expand his musical horizons. After a few years break from releasing material, his effortlessly deep, stripped-back productions have landed on Archipel, Vibe Experience and Tzinah in recent times.

Fortunately, he doesn’t look to be slowing down anytime soon, so we can look forward to more from Casanova in years to come; in the meantime, this week’s mix should satisfy. A compilation of original productions, it traverses all sorts of moods and feelings—a taste of what one of the underground’s best kept secrets can do.

We caught up with Vincent ahead of this week’s podcast:

When and where was the mix recorded?
The mix was recorded at my home studio on the Swedish island Gotland in the middle of the Baltic Sea under stormy, gray skies. The mix was recorded during November and I worked on actually creating many of the individual tracks from scratch in those very weeks. I would start work at 3am each day and, eventually, when all the tracks were ready I completed the mix.

What equipment did you record the mix on?
I work mainly in Logic and use a wide range of software synths and plug-ins from Reaktor to the Waldorf PPG, to Waves plugins among many others- everything is done inside the box so to say. I used to use analog gear but sold everything when I moved overseas. The performance aspect of the mix was recorded on a Traktor rig using the native instruments X1 and F1.

Did you have a specific mood/ idea that you wanted to express?
I wanted the tracks to grow quickly and spontaneously out of the energy I was feeling leading up to the mix. I played many of the parts in a span of just several days and was hoping to capture some loose, dreamy and psychedelic vibes which would be laid over quirky, dubby breaks and minimal house grooves. The mood is dreamy and airy with some nods to various genres for instance hip hop, dub, and even deep house.

How did you select the specific tracks that you wanted to include?
I tried to include tracks that escape definition, that contain elements from various styles, but that were ultimately surprising in form and sounded somewhat spontaneous. The common thread ended up being odd, lackadaisical, deep, trippy, and with a plethora of my signature fragmented, unintelligible vocal atmospheres.

Your sound is pretty unique. How would you describe it?
A union between deep, dreamy and hypnotic, 80’s synths-capes and underground, urban minimalism laden with warbled, micro-FX landscapes. I want intricate beats and sub-bass but also emotional melodies, that border on spiritual. I feel melody is super important but must be balanced with beats- it’s like what Einstein said- about science and religion: overemphasis on beats without melody is lame, while melody without proper beats is blind!

Your latest album is set to drop next year. How does it compare to your previous releases?
My next LP on Archipel furthers the abstract side of my sound and is perhaps even a bit more dubby and shadowy. The tracks are simplistic ideas and carry hypnotic themes that don’t necessarily develop but seduce you into a sort of hypnogogic state of groove. There will be an emphasis on restraint here as well.

What else have you got coming up?
At the moment I have a few vinyl releases coming up on Slovenia’s Kanja Records and Berlin’s Park Recordings. Later, in 2017 I have several digital releases planned with for example Lethal Script, Deep Tech Ultras, Italy’s Vibe Experience, not to mention a bunch of promising collaborations.