The Belgian electro-rock heroes drop an hour of tracks that were either recorded and/or mixed at Studio Deewee. 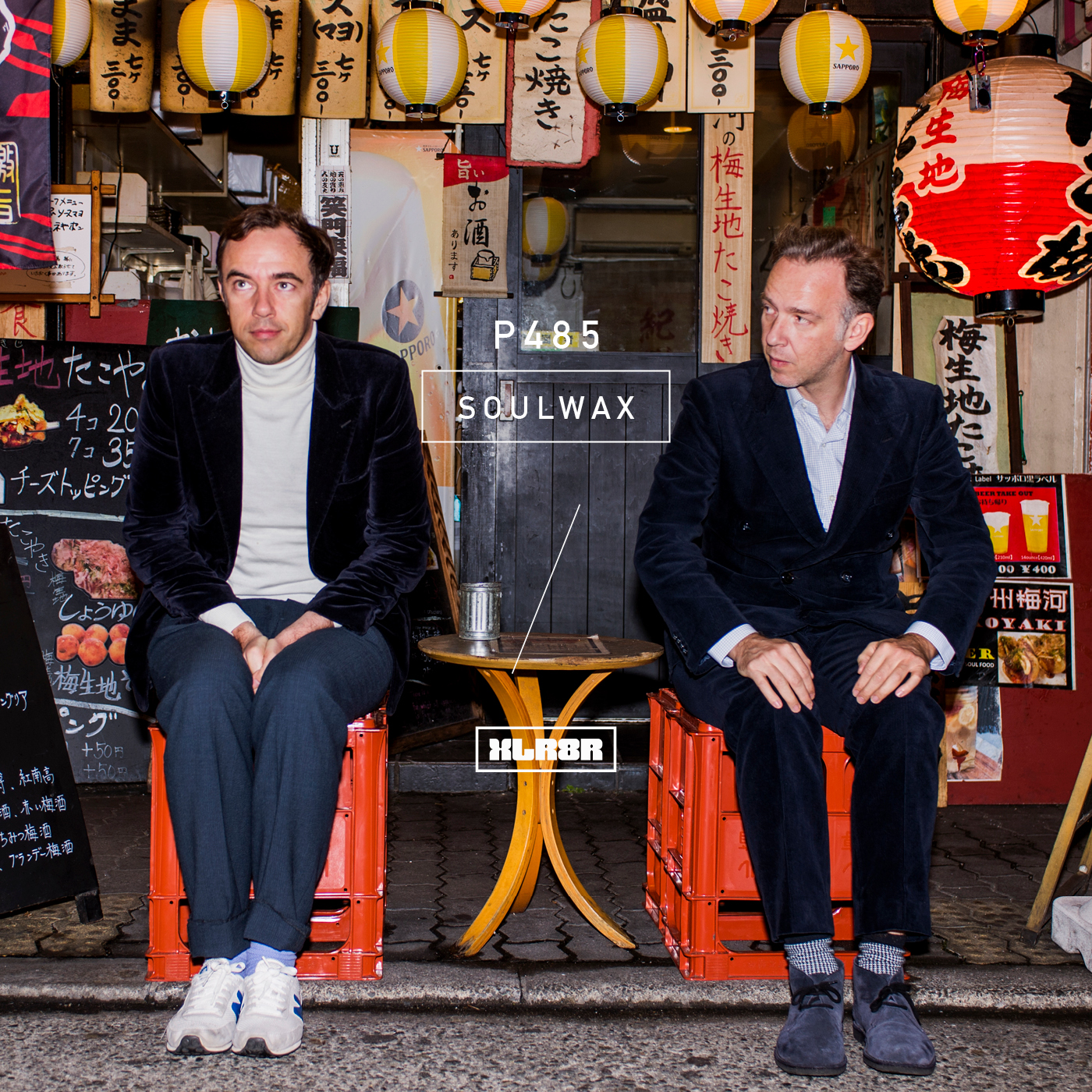 The Belgian electro-rock heroes drop an hour of tracks that were either recorded and/or mixed at Studio Deewee.

When it comes to the Dewaele brothers, it’s hard to know exactly which of their musical mutations you are speaking on. With a resume as long and storied as theirs, and with countless monikers and sub-monikers involved, things get a little perplexing. To make it a little easier, here’s a quote from Stephen Dewaele from the 2008 Soulwax documentary, ‘Part Of The Weekend Never Dies’: “Ok, so 2manydjs is Dave, my brother, and me DJing and playing other people’s music; Soulwax is a rock band, which includes my brother Dave again, me, Steve (Slingeneyer) on drums, and Stefaan (Van Leuven) our bass player, we’re a rock band; Nite Versions is Soulwax remixing itself and playing the remixes live; and then we thought, hey, what if we do everything together and we do one night called Radio Soulwax and we can do all of it together. It’s confusing.”

To confuse matters even more, in the years following that quote, the brothers and their seemingly endless amount of projects have grown and transformed alongside new endeavors. Radio Soulwax, for example, morphed into an app and Vimeo channel hosting 24 individual hour-long mixes pulled from their extensive record collection, with dedicated visuals similar to those used in the 2manydjs live sets. Since 2013, alongside LCD Soundsystem frontman James Murphy, the brothers have been touring Despacio, a custom-built 50,000-watt audiophile soundsystem, with a vinyl-only policy of rare grooves, house, and disco. Soulwax, too, went through various incarnations, the latest of which included musicians Iggor Cavalera, Victoria Smith, Blake Davies, and Laima Leyton for a new tour called ‘Transient Program For Drums and Machinery’—which evidently inspired their new album, FROM DEEWEE.

FROM DEEWEE, Soulwax’s first album in over a decade, was recorded in one take with the above mentioned ‘Transient…’ tour members in the brothers’ Studio Deewee in Belgium—DEEWEE, too, is the name of their new label that has spawned records from, among others, Asa Moto, Future Sound of Antwerp, Charlotte Adigéry, and, of course, Soulwax themselves. A decidedly more paired back affair than previous outings, FROM DEEWEE consolidates Soulwax’s 20-plus years of sonic exploration into a coherent 48-minute continuous recording. The album manages to brilliantly transfer the band’s enigmatic stage presence to a recording and presents the next evolution of a band that has been one of the main driving forces in electronic music.

Now, finally, we arrive at the latest edition of our podcast series, a sprawling hour-long mix of tracks that were either recorded and/or mixed at Studio Deewee in Belgium.

When and where did you record the mix?
On a tour bus last week.

What equipment did you use?
Protools.

Did you have a particular idea or mood that you wanted to pursue?
Well, it is basically a compilation mix of all the releases on our label DEEWEE up until now, with a few added unreleased exclusives. What makes DEEWEE the label different to us is that the dogma is that every release on the label has to emanate from the studio we built called DEEWEE. So, even though they don’t really mention it literally on the sleeve, all releases are either co-written or produced and mixed by my brother and me in our studio. They are essentially productions and collaborations we’ve made over the last year and a half or so and we’re as proud of them as we are of any Soulwax release.

The mix seems to be an extension of your latest album, FROM DEEWEE, how did you go about compiling the tracks included?
To be honest we just try to make it work by tempo, gradually speeding up.

You recorded the latest album in one take following and influenced by the ‘Transient…’ tour, with the exact same equipment. How did you go about transferring the music and feel of the live show from stage to studio? And was a replication of the live tour the goal?
Well the “Transient…” tour was essentially bringing an analog recording studio on the road, and we recorded every show and rehearsal, so other than pure acoustics of venues as opposed to our studio, it didn’t really take much effort to transfer the feel of the live show into our studio. The reason we did it that way is because the music lends itself and was written with that setup and personnel in mind, and wouldn’t really work if we had just recorded it in the traditional “studio” way by overdubbing every instrument separately. A large part of the sound is the interaction between the players and tiny mistakes that the analog gear brings out.

Are all the songs on the album from the tour?
No, about half of them originated on the tour and the rest was made in the months and weeks preceding the recording.

Can you explain the one-take recording process?
Basically, we spent two weeks rehearsing and subsequently recording every song separately as a sort of backup in case our plan would have failed, but then we spent two days playing the whole album in one go. So, in essence, a 49-minute long concert comprising 12 songs in sequence with all the transitions, but without the audience. We recorded 18 takes of 49 minutes, and take 18 turned out to be “the one.” The next twelve days we spent on one song per day, recording the vocals (that’s one thing that is impossible to capture in a room with three drummers playing) and mixing one every day.

FROM DEEWEE is a departure from the ferocity of earlier albums, was this was an intentional move or a natural evolution?
A bit of both, we knew we definitely didn’t want the next Soulwax release to be a collection of bangers and we wanted it to be songs but in the context of this live setup, with the three drummers and all the analog equipment. But in terms of musical evolution, we just made the songs we would have wanted to hear so a lot of is just natural, or not premeditated.

Do you have plans for a Nite Versions release from this album?
People keep asking us this. We like the idea of the album not being a finite concept and therefore changing and amending songs and putting out different versions is perhaps something we are likely to do in the near future, but the notion of making Nite Versions right now feels like we would be doing something we’ve already done. That being said, who knows, inspiration might strike suddenly but not as of yet.

Before FROM DEEWEE, Soulwax hadn’t released an album in over a decade, what led you to return to the format?
I guess we were waiting for all the things to come together and click. I assume it’s the combination of having built our studio and having a super regular output with the label that is intrinsically connected to the building and the live setup that made us think it would only be an obvious next step to record an album. We are very fortunate in that we don’t need to release albums to pay the rent so we only tend to do it when we feel we have something to say.

What’s next for Soulwax this year?
A lot of touring right now, which combined with all the other stuff we do, will probably be all we can fit in

And outside of Soulwax?
Well, we put out a DEEWEE release per month, with quite a few bigger projects (albums or EPs as opposed to just 12”s) in the pipeline and we have a lot of 2manydjs dates (both with visuals show and without) coming up. We also have some production work coming up soon as well—that’s all I can think of for now. Hopefully a few Despacios this year as well. I’m sure we’ll get bored at some point and do something completely different.