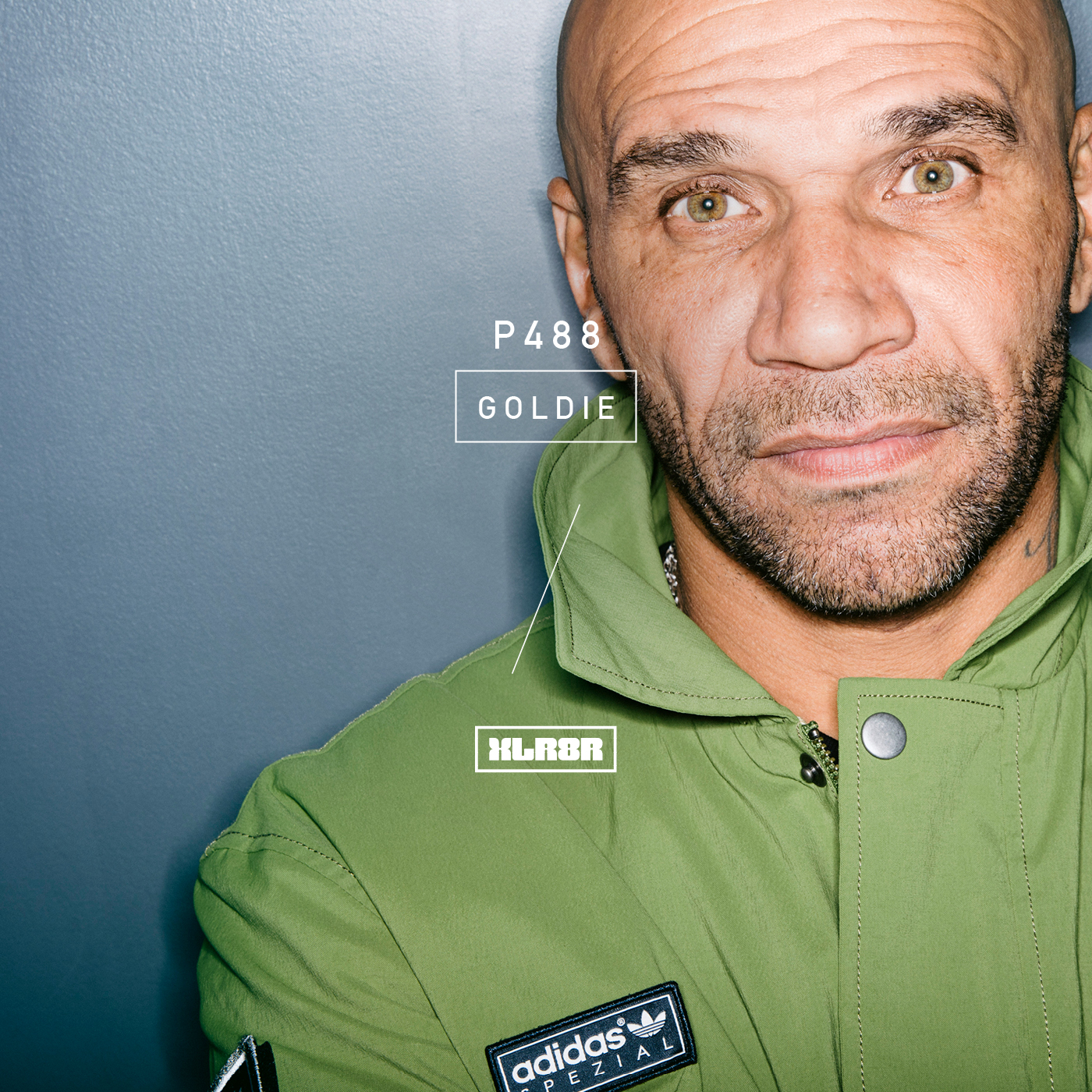 Now, Goldie is another contributor to our podcast series who needs little introduction—another artist with whom almost any fan of underground electronic music, or even popular culture as a whole, will likely be familiar. As our 2013 feature said, the British DJ-producer is “a drum & bass icon who has done more than any other to put a face and a personality to a genre of music that grew out of chopping and grafting sped-up hip-hop, funk, and soul breaks.” He is, in every sense, a musical pioneer who has revolutionized various sub-genres on more than one occasion—one of the first personalities in British dance music, and a living legend, if you’ll excuse me the cliché on this occasion.

Goldie, real name Clifford Joseph Price, made his name in the 1980s during which he made a living as a graffiti artist, earning commissions from local UK councils. He didn’t actually get into the rave scene until much later—not until he connected with Marc Mac and Dego of the Reinforced label with the help of ex-girlfriend DJ Kemistry. For much of 1992 and 1993 Reinforced was Goldie’s musical home: under his Rufige Kru alias, he released a string of EPs on the label before opening Metalheadz, his own imprint, through which he subsequently put out a number of classic drum & bass records by himself and a legion of other leading jungle artists.

And it was never going to stop there. Over the course of a distinguished career, Goldie has transcended musical culture: his acting credits include a role in 1999’s James Bond film “The World Is Not Enough”, Guy Ritchie’s “Snatch,” and the BBC soap opera “EastEnders,” in addition to a lengthy line of other television appearances. In 1996, the spotlight was on him once again after a relationship with Björk was called off following a well-documented engagement.

His musical gifts, however, remain far from questioned. Though not all releases have particularly well received—his 2008 material springs to mind—he has compiled a rich and lengthy discography to which only a limited few artists can parallel. The latest of these is set to land on June 16 via Metalheadz and Cooking Vinyl Records. Titled The Journey Man, the 16-tracker is the first Goldie LP in nearly nine years and was recorded over a three month period he spent in Asia last summer. Celebrating the release, and showing off just some of material that lies within, Goldie offered to compile this week’s XLR8R podcast.