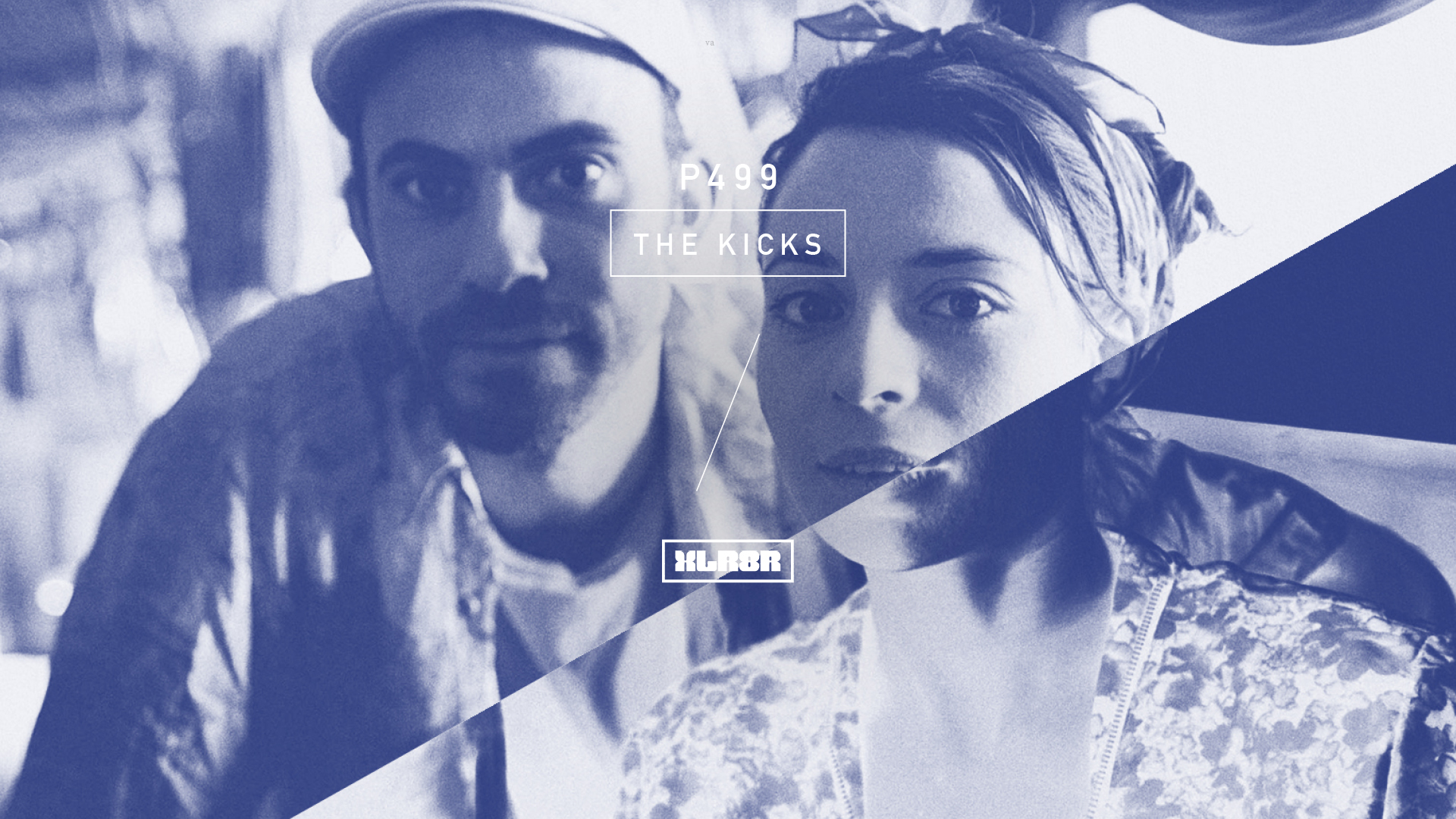 The Kicks is an improvisational project with changing members run by Maayan Nidam and Alex Picone. By inviting various artists and experimenting with a variety of gear, the duo aims to “push the limits of the club atmosphere as we know it today.” Having released a debut EP in October 2013 and thrown a number of events—inviting the likes of likes of San Proper, Tobi Neumann, and numerous excellent DJs—the Kicks recently also launched their experimental edition.

As this week’s XLR8R podcast, the duo has actually provided two mixes—each of which reveals a different side of the project.

The first recording was taken in January this year when Picone and Nidam gathered some friends and gear to perform a live jam session at Berlin’s Salon Zur Wilden Renate. Invited on this occasion were Tobi Neumann and Julien Chaptal—plus drum machines, modular synths, analog delays, and reverbs—while DJing duties were left to Spacetravel, Vlada, Zendid, Bella Sarris, and more.

The second, a more ambient, downtempo recording, is taken from the “Experimental Boat Edition.” In the special performance alongside Dasha Redkina, the duo created textures and soundscapes live with as much gear as they could bring on board a boat riding Berlin’s Spree. Baby Vulture opened while Federico Molinari closed out the evening with a DJ set.

The Kicks will be playing this Sunday at Else Berlin, alongside Dinky, Julietta, Bill Patrick, and Subb-an. Get tickets here.

What’s the concept behind the Kicks—and when did you start the project?

I’ve been drawn to the world of live music all my life but in my early years, I found it difficult to play music with others. Luckily I found Alex that shared the ideas of live music and made it technically possible and even easy to play music together and create as we along.

You say that the project “aims to push the limits of the club atmosphere as we know it today.” Can you tell explain what you mean by this?

It felt too easy and too safe. You go to the club, hear the same beats, go to the after hour—same music again. I wanted to challenge both the artists and the crowd to a livelier experience. When we play live, we’re not one hundred per cent sure what the outcome will be; we have to trust the other performers, listen more, and play less. The crowd as well becomes part of the show; they look at us, dance, cheer and clap. You can even hear them on the recordings.

When and where were these sets recorded?

Our last Kicks events. One was at Renate at the beginning of the year. We were four together with Julien Chaptal and Tobi Neumann who brought three modular systems up on stage. It was a real challenge and quite the risky business but with it came a lot of fun and a great deal of satisfaction. The other was our experimental edition on a boat on the Spree.

Yes, you recently completed an experimental version of Kicks. What’s the story behind this—and how does it compare to a usual Kicks event? Do you see yourself doing this again soon?

The boat edition was a long time coming. It was inspired by Fatima Camara’s debut live show and was in the planning with Club Der Visionäre crew for a while. I saw it as a great opportunity to bring this huge group of friends together for a nice afternoon. Going on the river, enjoying foods and drinks and then having an out of the ordinary show.

When Dasha came to my studio we started playing around with different instruments and percussion using contact mics and a variety of guitar pedals. Then the three of us together with Alex wrote six pieces that would be the soundtrack for the boat trip. It starts with hypnotic waves and goes deep sea with all its weirdness. I will definitely try to do another event in this way; it felt amazing to be so free and to experiment with music—it’s rare to get that in the club and dance music scene.

How do you choose the artists to join you and Alex at Kicks’ events?

We usually invite people we know, friends we already have good chemistry with. Beyond that, every guest we had so far was unique in terms of gear they use and musical personality. I guess we look for diversity.

You released KIK 001 over three years ago. Can we expect more studio material soon?

Before we started with Kicks parties we jammed in the studios and have lots of great recordings from that time. We will release some of them but the next record that is due to come out by the end of the summer will be of three pieces written for the Kicks boat experiment with Dasha Redkina.