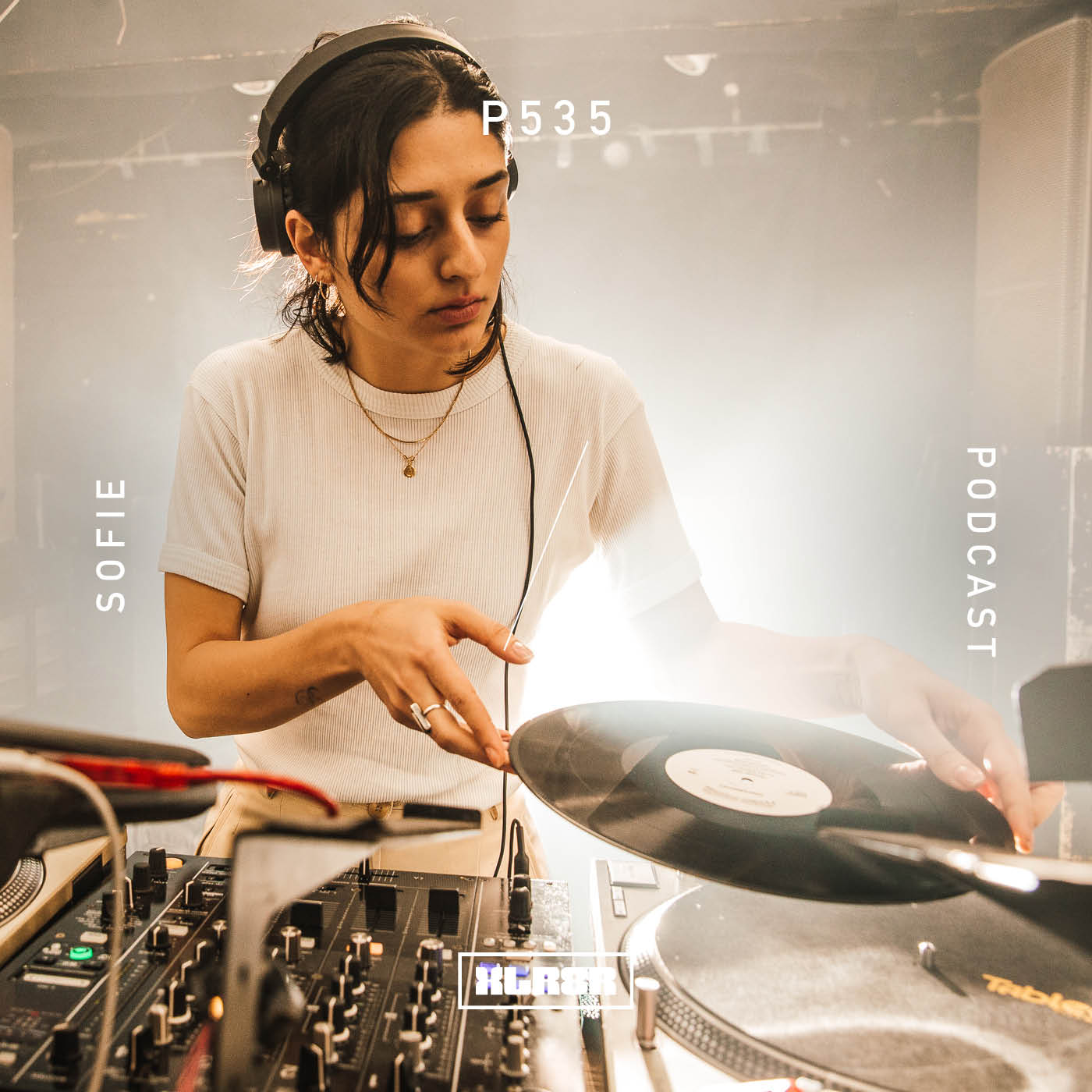 Sofie is Sofie Fatouretchi, a 26-year-old DJ based between Los Angeles and Vienna, born in Palo Alto to parents of Austrian and Iranian descent. As a teenager, she relocated with her family to Austria where she studied at the conservatory of music before enrolling to study computer science, economics, and sociology—all the while working full-time as a Microsoft programmer.

A continued interest in music saw the demise of her academia, leading her to apply for an internship at Stones Throw Records after seeing an advertisement during a visit to LA. “It was a shot in the dark,” she explains. After only a few months, she was offered a job, reason enough to return home to California, intent on making the most of the opportunity. It wasn’t long before she began DJing at label events, showcasing a rapidly expanding collection of records old and new that started in her late teens.

Soon thereafter, Fatouretchi crossed paths with Blaise Bellville, the founder of Boiler Room, and Thristian Richards, the show’s first host, who were in LA for a session with Peanut Butter Wolf, Fatouretchi’s boss at Stones Throw. Having opened the night ahead of Dam-Funk and J Rocc, Fatouretchi connected with Boiler Room and went on to become a central figure in a now 50-strong team. Fatouretchi’s role in the brand’s growth must not be underestimated.

Today, Sofie continues her role with Boiler Room in a freelance capacity but is currently spending time in Vienna where she’s studying to become a teacher in psychology, philosophy, and English. Her ties with Stones Throw remain strong: last year she released a 2xLP on the label entitled Sofie’s SOS Tape andShe has A&R’d forthcoming releases on the label such as Stimulator Jones and Grandmilly.

She also hosts a monthly show on London’s NTS Radio, while she’s picking up gigs across Europe with more regularity. Her style is wonderfully diverse and eclectic; it’s no surprise that her podcast touches on psych, dance, disco, jazz, funk, rap, pop, soul, and just about everything else.

You’re currently based in Vienna, Austria. What are you up to over there?

I’m doing a teaching degree in psychology, philosophy, and English, and as of this month, I’m also studying painting, which I couldn’t be more excited about.

When and why did you start collecting records, and was it with the intention of becoming a DJ?

I guess it just sort of happened, I’m not a crazy collector, but my records seem to multiply by themselves. Nothing I’ve ever really done has been with the intention of becoming solely a DJ.

How did you learn to beat-match?

We used to throw a night when I was at Stones Throw, called 56, in Mr T’s Bowl in Highland Park. Those were my first real times DJing sets longer than an hour, and the audience included people like Madlib, so you can imagine I was nervous but also a super eager and probably obnoxious 20-year-old. So it was from practicing there that it happened, and one night J Rocc—although he probably doesn’t remember this—gave me the world’s greatest tip—snare to snare. I’m not crazy about needing to beat match anything. Additionally, I think it’s a billion times more interesting to have a fascinating selection than needing to stay in a set BPM range. For sure, don’t trainwreck your way from song to song but there are so many ways you can get creative transitioning from one track to the next!

Do you remember your first DJ gig? How did it go?

It was on live radio in Austria, on the Superfly station, on this hip-hop magazine that I used to take photos for. I was probably 14, and I was given the opportunity to get on the decks maybe five minutes before playing, no warning. They nicknamed me “DJ Crazy.”

Who were the DJs that impressed you growing up?

I’m struck by the diversity in the music you play. Do you think there a certain aesthetic that ties your records together?

My interest in them.

What’s your process for discovering new music? Where and how often do you dig?

Anywhere from record stores to YouTube. It’s silly to stay homogenous in your ways of discovery, I don’t discriminate any medium. As for how often, I guess it’s a continuous process! I like that feeling of falling in love with a song and wanting to listen to it over and over again, so I’m really searching for that.

This mix was recorded live at the Elevate Festival in Graz, Vienna, just the other week.

On what equipment did you record the mix on?