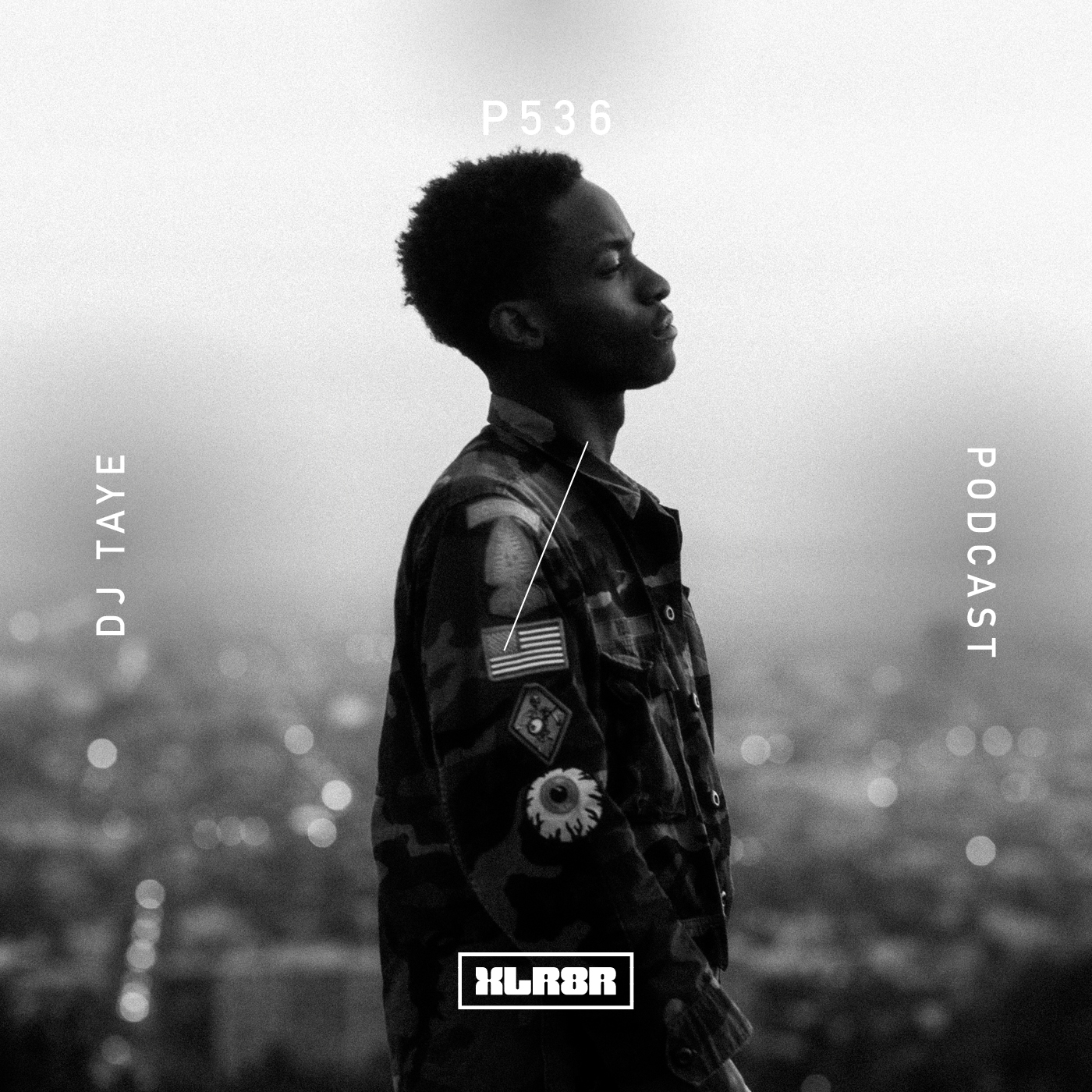 A lot has been written about DJ Taye of recent. The Chicago artist, real name Dante Sanders, dropped his latest album, Still Trippin’, via Hyperdub earlier this month and appears to have spent much of this ensuing period either travelling, gigging, or in front of a media outlet. How’s he found to compile a podcast, too?

Taye, at 23 years old, is the youngest member of DJ’s Rashad’s Teklife, a production collective founded in 2011 as an extension to DJ Spinn’s Ghettoteknitianz crew. Having been raised in Chicago’s South Side, he began his music experiments aged in 11 and was DJing parties before his 15th birthday—around the time his interest in footwork was just beginning to blossom. After discovering a CD of some old footwork tracks, and through the radio transmissions of DJ Rashad, DJ Spinn, DJ Manny, and DJ Earl, Taye began digging a little deeper into the genre, soon to embark on his early attempts to make it. At 16 years old, Taye impressed these aforementioned names at Chicago’s Battle Groundz, a famed footwork gathering, and became part of the crew—and the youngest, by some measure. With two self-released albums, a slew of other EPs, and a steady touring schedule, it’s been an upward trajectory ever since. Given the questions over the future of footwork and Taye’s maturing abilities at producing it, it’s no surprise that there’s been so much interest in the release.

His mix for XLR8R, at just over one hour, is a straightforward showcase of some of Teklife’s latest work, much of it coming from Taye and others bits from the close network of peers that surround him. For those who haven’t been following the footwork scene, this serves as a strong documentation of just where how and where the sub-genre is right now.

What are your earliest memories of footwork, and what was it that drew you to the genre?

Hearing it on the radio mostly or in local parties.

Is there a particular track that you remember discovering that drew you to footwork?

What drove me to see how compelling it is as a genre was DJ Rashad’s Pack Life in 2009.

What sort of music were you producing before footwork?

Talk to me about how you became involved with Teklife?

Coming out to the battles, and tried out for the group one day when they were posting online about throwing said tryouts—they’ve never done that.

As a youngster in the scene, how much guidance did those in the crew give to you?

A lot from the first day. Just giving me insight all around. Growing up where we from it’s nothing but trouble to get into.

How are you enjoying the tour, right now? You’re spending a lot of time on the road.

It’s going well! Headed back to Chicago soon. Yeah, it’s been a blessing to be on the road and spread the message in different places. First time coming to Egypt, or Africa for that matter altogether.

Half on the plane on the way to Africa; the other half in my hotel room.

Was there a particular idea you were looking to convey?

Just showing a bit of the versatility in the new music we’ve been making, and still throw in classics too. Even played a couple UK club tracks.

How did you choose the tracks you included?

Usually, when I mix I just let it all flow naturally with whatever I play and let it tell it’s own story.

A few festivals in August, hopefully, more music, a collaboration album with Paypal is really coming together.