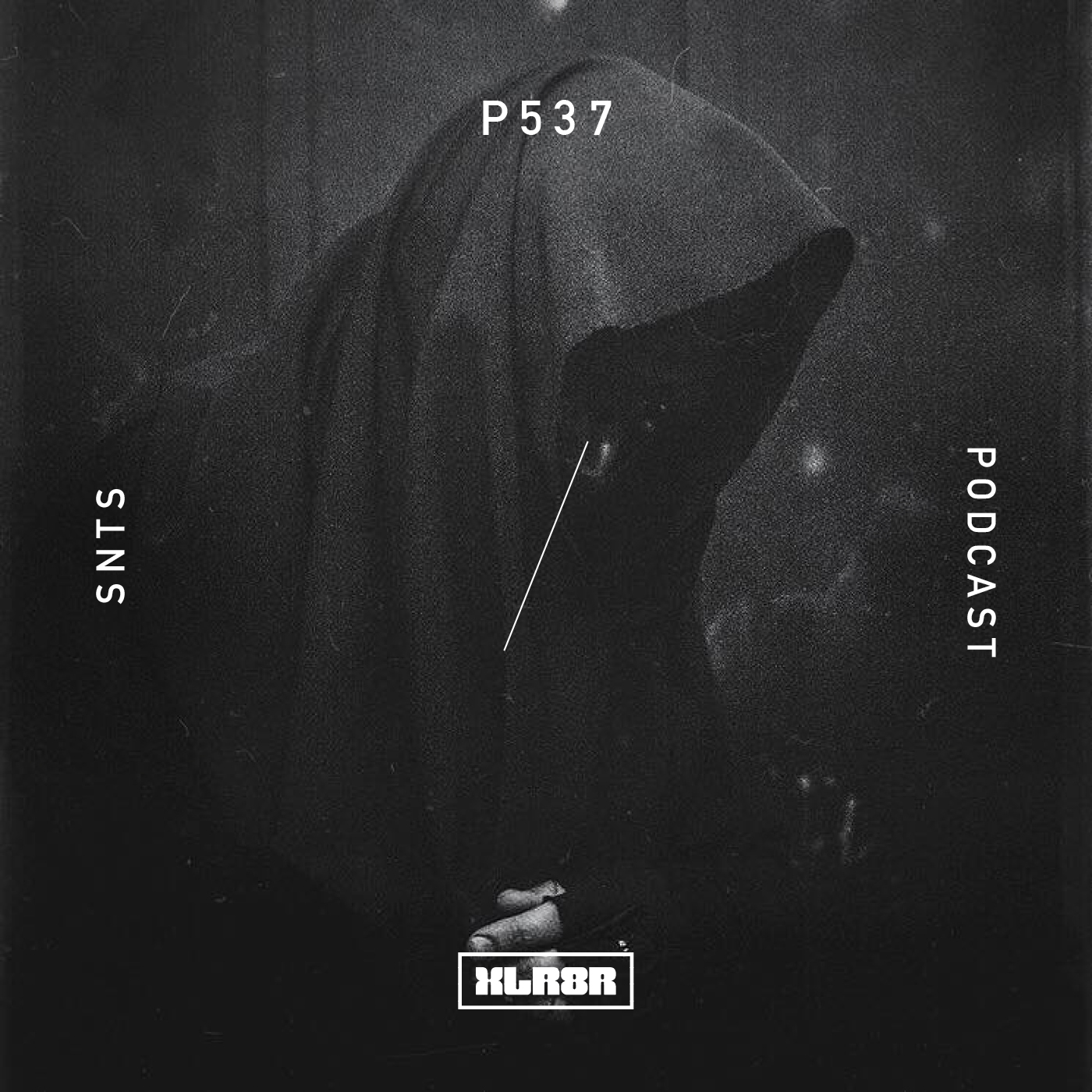 Little is known of masked techno artist SNTS, which in today’s age is a rare and welcomed feat. Of course, in recent times, donning a mask and keeping your identity anonymous has been seen as somewhat of a gimmick, little more than a marketing ploy to build hype. SNTS feels different, however—his serrated productions fit perfectly with the shadowy, sonic sorcerer image he’s meticulously crafted since debuting in 2012 on his label of the same name. Every aspect of the project is a considered piece of the puzzle, from the haunted, frayed textures and relentless rhythms of his music to the nightmarish images adorning the record sleeves. Take 2016’s Losing Sight LP, for example, which was recorded at lower BPMs in a cave—to catch the appropriate acoustics for the project—using numerous analog drum machines, modular synths, guitar, distortion pedals, and voice recordings.

Here’s what else we know: in the six years since SNTS’ debut 12″, we’ve been greeted with 10 EPs and two full-length albums on his own SNTS and Sacred Court imprints—which have also been home to artists such as Codex Empire, Alexey Volkov, OAKE, and Positive Centre—as well as Horizontal Ground, Edit Select Records, HORO, and 47. Later this month, a new EP titled Cruel Opacity will drop on SNTS, his first output on the label in over three years. Following that, SNTS will also welcome new artists to the fold, promising a focus on industrial techno, EBM, and wave-influenced sounds. This is much of what we get on the latest edition of our podcast series, with SNTS inviting us on a personal journey through tense atmospheres and foreign sonic worlds.

It was recorded a few weeks ago at my studio.

Yes, it was created with a very clear idea in mind, as nothing is by chance. As you might have noticed, I’m an absolute fan of experimental, offbeat, and ambient sounds, and in all my releases I’ve always included at least one track with these characteristics. My idea from the beginning was to create a personal journey through sounds that would allow us to travel to those recondite places that, although we do not know, we long to discover, with a set of marked rhythms and tense atmospheres.

As I have previously mentioned, behind sounds there always has to be an intention for which it has been created, to transmit a situation or to provoke a reaction in the listener. I wanted these tracks to convey the sensation of someone traveling through spaces never visited before, which must be traveled in a limited time as each step leads to a different scenario, experiencing it with all the emotions that this path can generate.

You just recently started your label Sacred Court—can you tell us about the plans for it?

Yes, I started with the first reference releasing my last album Losing Sight, followed by EPs by Hørd, Alexey Volkov, and Codex Empire. I have been very busy with gigs and in the studio producing music, but everything is ready for the next releases later this year, with new artists focused on industrial, dark-techno, experimental, EBM, and synth-wave sounds.

After three years since my last EP on the label, my next release, titled Cruel Opacity, will be out on SNTS Records on April 27. I am quite excited about it because I will premiere the tracks with a live act in Berghain the next day. Good events are coming up for this summer, like, for example, my debut at Awakenings Festival and many other very interesting events.