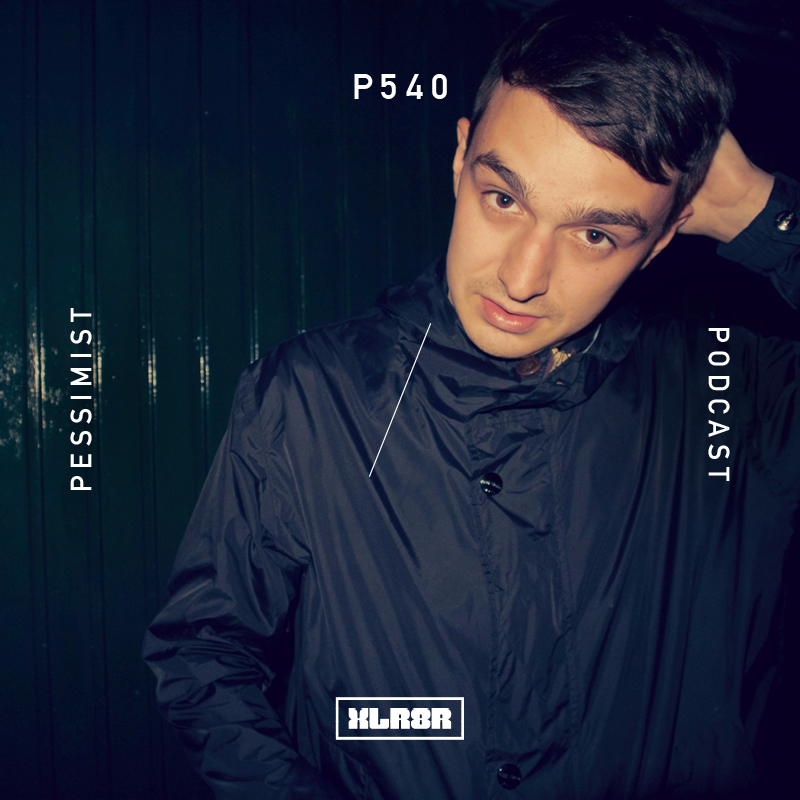 Pessimist is the alias of Kristian Jabs, a Bristol-based drum & bass producer who first set tongues wagging with a beautifully dark 2016 Balaklava 12” on Blackest Ever Black’s A14 sub-label. His first exposure to the genre was through more mainstream breeds, as evidenced in his early releases, but this changed when he made the move home to Bristol from Cornwall, set to enroll at the city’s university. Alongside friends Nick Callaghan, then arranging the Abstract party series, and Tom Cooper, Jabs formed the Ruffhouse drum & bass production crew in 2012. And as Jabs’ knowledge of the sub-genre began to broaden, his sound began to change—more abstract effects, ambiance, and a brooding, darker, techno(ish) aesthetic.

Later that year he debuted on Samurai Music with Canyon and returned three years later with The Woods / Lead Foot, a more refined listen—and a glimpse as to what was brewing behind closed doors. After his Balaklava 12”, Jabs sent Kiran Sande of Blackest Ever Black eight tracks which then became his debut self-titled LP—a dramatic, dark, and thoroughly captivating listen. It blends noir, smoked-out dub-scape, acidic rave, and downtempo breakbeat with a bombed-out industrial ambience, resulting in some breathtaking soundscapes that you can imagine in the club as much as you can in sci-fi soundtracks. His podcast for XLR8R follows much in the same vein, blending together over an hour-and-a-half of deep smoked-out grooves.

What have you been up to lately?

Well since my album I’ve been working on various releases for different labels. I’ve been quite busy with gigs here and there and I’m planning a new live show with my good friend Karim Maas, which we’ll be showcasing in June.

I recorded the mix at home very recently as I wanted to include as much fresh music as possible.

How did you select the tracks that you included?

It was very simple really, I decided I wanted to showcase a load of music made by friends of mine. There are lots of really interesting producers crossing the boundaries between techno and drum & bass at the moment and I really wanted to show how good these guys are. Unfortunately, I’ve had to keep some tracks and names unidentified but I’d imagine plenty of people out there will be able to guess who’s who.

I’ve held back a bit here and not gone for anything too heavy. It’s just the mood of music that I’m into, presented in a listenable way, I wanted to differentiate a bit from a typical club mix hence the slightly deeper selection.

It was great. I was really happy to release my first album and I was chuffed with the great response it had. My intention for a while now was to break out of being pigeonholed into a particular scene and 2017 was the year that did that for me.

Can we expect some more material soon?

Yes. I’ve just completed a new EP for UVB-76 which includes a couple of remixes from some interesting artists and I’m working on a new release for Osiris Music also. I’m in the process of starting up my own imprint for my own productions which should see the light of day in not too long. So expect to see more material from me by the end of the year!