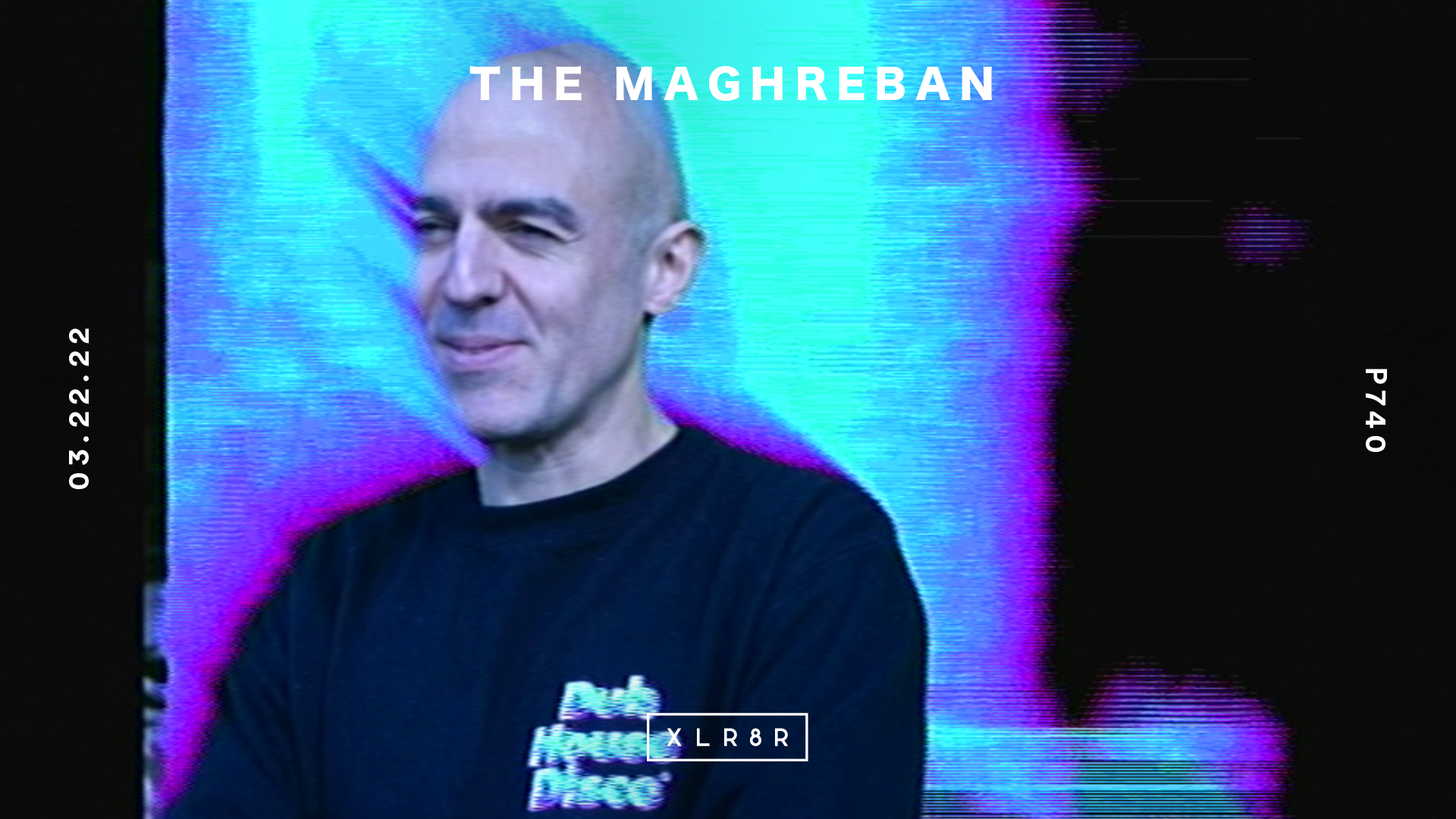 Over a storied career that spans more than three decades and various different aliases, Ayman Rostom has tried his hand at his fair share of genres. Though he’s spent the majority of his journey in music releasing jungle 12″s under his own name or abrasive hip-hop beats as Doctor Zygote, he’s arguably made the most noise as The Maghreban, an alias he launched in 2014 dedicated to his dancefloor-ready house and its various curious offshoots. Later this year, he’ll return with The Maghreban’s second album, following on from 2018’s 01deas on Belgium’s R&S Records.

The son of Egyptian and Saudi immigrants who was born and raised in Guildford, a quaint town on London’s outskirts, Rostom first came to music in the mid-1990s. For years, he found himself blinkered to any sounds that stepped beyond the parameters of jungle and hip-hop, but that all changed one day in 2012 when an exercise in creative limitation prompted him to make a flurry of old-school-style dance tracks—a breed of uptempo house flavoured with off-kilter rhythms. Fascinated, he couldn’t wait to share them with the world.

As The Maghreban—the name a reference to a north African man who was a regular in his local pub—Rostom began by rolling these sketches out on his own Zoot Records, and it didn’t take long for an audience to build. If 2014 was the beginning, then 2018 was the pinnacle: after a steady output of singles—across Paris’ Versatile and Bristol’s Black Acre, besides Zoot—Rostom caught the attention of R&S, who snapped up 01deas, on which he paid tribute to the dance music of late-’80s and ’90s America by lacing it with infectious grooves and plenty of funk.

With his new album just a few months away, Rostom has compiled an XLR8R podcast. As you’d expect, it’s a collection of oddball dance music that you’ve probably never heard before. In this particular case, that means heaps of old techno, wonky house, and warped electro that he ripped from his mate’s record collection, plus a few more familiar names. From a man who has always sought to disrupt the mainstream, this is music that does the same, and it’s sure to lock you in from the first beat.

01. What have you been up to recently?
I’ve been working on some remixes to support my album release later this year, and planning the release in general. I’m trying to sort vinyl pressing. Plus singing a little, and moving house. I’m looking after a toddler. Making dumb dance music again. And some post-punk oddball stuff.

02. What have you been listening to?
I’ve been listening to a lot of promos that I’m being sent, and some of it is really good stuff. During lockdown, I just let those emails build up, and there were hundreds. I wasn’t interested in listening to them. Then I sat down and sifted through, and there were a few nice bits there! Now I seem to be getting stuff through that I actually want to play! That and listening to a lot of old techno. A dear friend of mine let me look after his records for a couple of years. He has lots of ’90s techno so it was a real education for me, and I ripped a load of those records and some of them are here. Other than that, I’ve been incessantly listening to music that I am working on. But only once I’m finishing it up. I don’t listen to it while I’m still getting ideas down!

03. When exactly can we expect some more material from you?
This summer! My second album as The Maghreban is coming out on my own label, Zoot. It’s been coming for a long time, and it’s been a pretty bumpy road so I’m eager to get it out. I’m proud of the music. I’ve got some great guests on there and it feels more together than anything I’ve done.

04. Where and when did you record this mix?
February 2022 in my brother’s old bedroom at my parents’ house.

05. How did you go about choosing the tracks that you’ve included?
It’s a mixture of new stuff that interests me and a load of old techno that I ripped from my mate’s record collection. With a lot of the new stuff, I found the tops quite interesting. I’m not sure if it’s because people are using modular and field recordings for a lot of sounds these days or what, but there is a real crispness to many of these new productions; its real hi fi! My own material, and some of these old techno records, they’re a bit more fuzzy in the top end. So I was trying to put these together in a way that made sense!

06. What can the listener expect?
Highs. Lows. Crying into breakfast cereal. Pazazz. Reverb. Me trying and failing to up the tempo without them noticing. Some edits where I messed up. A cynical attempt to bring in DJ gigs.

07. Where do you imagine it being listened to?
Whilst jogging. In the second half it’s the right tempo for my clumsy gazelle strides. Or in the car. I’ve just listed the situations generically where I might listen to a mix.

08. What’s next on your horizon?
I’ve recorded an album of vocal material and I’m working on finishing that. Using my voice is new for me. Also, I have the thirst to make some crass dance music again, which I lost for a minute, so I’m messing with that. That’s fun!