Randomer (a.k.a. Rohan Walder) isn’t a new artist, but it does feel like the London-based […] 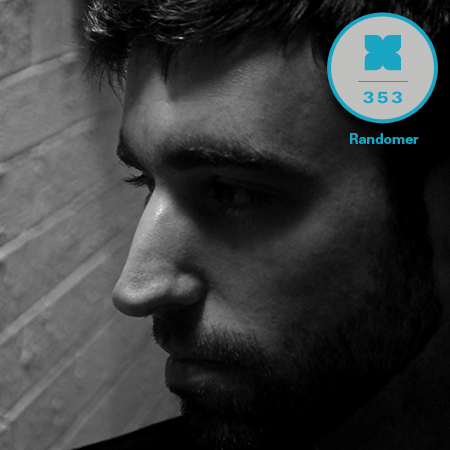 Randomer (a.k.a. Rohan Walder) isn’t a new artist, but it does feel like the London-based […]

Randomer (a.k.a. Rohan Walder) isn’t a new artist, but it does feel like the London-based producer is hitting his stride as of late. First surfacing amongst the post-dubstep flurry of the late ’00s, he’s released tunes for a variety of labels over the years, including Soul Jazz, Tru Thoughts, Numbers, Hemlock, and Turbo. And though his name has long been associated with tough rhythms and inventive percussion, Randomer’s sound has gradually drifted toward techno, eventually settling on an aesthetic that infuses raw, warehouse-ready sounds with a distinctly UK flavor. Just this month, he’s been on a real hot streak, as his Residents 12″ for L.I.E.S. was the label’s 50th release (and first from a UK artist), and was quickly followed by Stupid Things I Do, his debut for the similarly esteemed Clone Basement Series. Suddenly, Randomer appears to be at the peak of his powers, so it’s rather fortunate that he’s also been working on an exclusive mix for the XLR8R podcast series.

As it happens, the 55-minute session doesn’t include any of Walder’s own productions, yet fans of his tunes will find lots to like about this mix, as its rough-and-ready sound hews quite close to Randomer’s sound. Hard, pulsing techno is definitely the focal point, yet Walder isn’t one to let songs linger or draw out a mix longer than necessary. Each track has a function, and once that function has been completed, he quickly moves on to the next tool in his record box. In truth, it’s not far off from the DJ stylings of the Hessle Audio crew, a comparison that may seem obvious, but shouldn’t be made lightly, as it’s based both on the kind of music being played and Walder’s obvious technical proficiency. There are plenty of UK artists messing about with unpolished and abrasive techno these days, but few have the talent to do something compelling with it. Luckily for us, Randomer most certainly does.