Make no mistake, Matías Aguayo’s Cómeme imprint is a weird fucking label. While much of […] 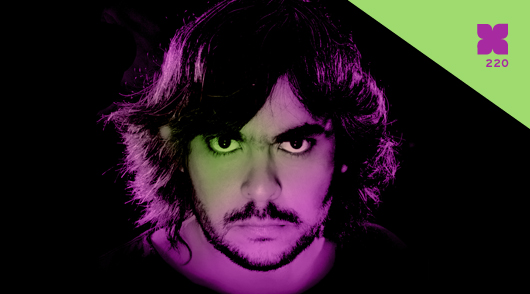 Make no mistake, Matías Aguayo’s Cómeme imprint is a weird fucking label. While much of […]

Make no mistake, Matías Aguayo’s Cómeme imprint is a weird fucking label. While much of Cómeme’s output could be roughly described as house, that overlooks the elements of techno, disco, funk, and various Latin genres that populate its tracks, not to mention its artists’ penchant for bizarre vocals and the music’s simultaneously raw and psychedelic vibe. Perhaps no producer encapsulates the label’s spirit as well as Rebolledo, whose new album, Super Vato, offers the sound of sleazy, drugged-out Latin disco. That being said, it’s the sort of disco everyone is desperate to get into and sure as hell doesn’t leave until the party is over. Super Vato, which happens to be the very first Cómeme full-length, will be released next week, but in the meantime, the Mexican producer has put together an exclusive mix for the XLR8R podcast series. Relying heavily on his own productions (including selections from his collaborative Pachanga Boys project with Superpitcher), Rebolledo charts an otherworldly musical path that’s dark, funky, and unequivocally, infectiously weird.