Redshape (a.k.a. Sebastian Kramer) is a difficult artist to pin down. On the one hand, […] 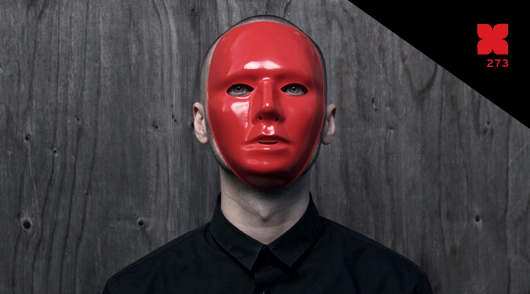 Redshape (a.k.a. Sebastian Kramer) is a difficult artist to pin down. On the one hand, […]

Redshape (a.k.a. Sebastian Kramer) is a difficult artist to pin down. On the one hand, he wears that creepy red mask. Then again, the German techno auteur comes across in interviews as a relatively normal, even thoughtful artist, as he did in our recent in-depth conversation about his new album, Square. Regardless of what exactly makes the man tick, it’s clear that he has a very particular artistic perspective, along with a clear vision of how to achieve it. We’ve been clamoring for a Redshape podcast for some time, so when Kramer sent along this exclusive mix, which he cheekily entitled 6 Min Too Long for One Side of a Tape, we were excited to explore its depths. That said, as soon as we saw the tracklist, we knew that the mix wasn’t exactly what we had anticipated, but when it comes to Redshape, perhaps it’s better to simply expect the unexpected. It’s not that the podcast is an unenjoyable listen; on the contrary, it offers one of the more thought-out listening experiences we’ve featured in some time. However, there isn’t a whole lot of actual techno on there, which ultimately isn’t all that surprising after hearing Redshape extol the virtues of ambient artists like Brian Eno and Robert Fripp, along with album-oriented producers such as DJ Shadow. Both Eno and Shadow appear multiple times in the mix, which spends a lot more time gliding through smooth soundscapes than pumping for the dancefloor. As a result, the beats here hear tend to pop and snap (as opposed to thundering and booming), leading to a breezy, laid-back listen. Undeniably, it’s a curveball, albeit not one that we’re unhappy with in the slightest.