When the XLR8R podcast began nearly five years ago, the initial premise was simple—get DJs, […] 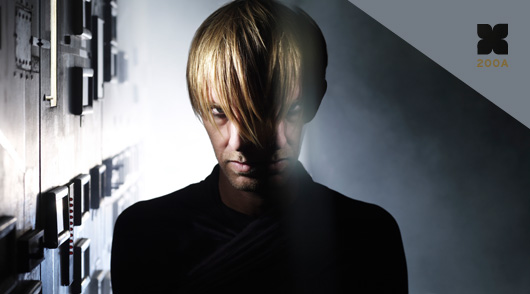 When the XLR8R podcast began nearly five years ago, the initial premise was simple—get DJs, […]

When the XLR8R podcast began nearly five years ago, the initial premise was simple—get DJs, producers, and labels to put together exclusive mixes, and we would make them available for download. Over the first 199 chapters of the podcast, XLR8R has featured artists and genres from across the musical spectrum and across the globe, mixes put together by veteran hands and promising newcomers alike. Thankfully, XLR8R readers have responded, coming back in droves each week to devour the latest edition. This week, we’ve arrived at podcast number 200, so we’ve gone ahead and done something special. First of all, we’ve broken from tradition and enlisted two artists to assemble mixes. Second of all, both artists are absolute icons. The first one? Richie Hawtin.

At this point, Richie Hawtin doesn’t really require a whole lot of introduction. Simply put, he’s a techno giant. Born in the UK, reared in Canada, and currently residing in Berlin, the man has been pushing techno forward since the early ’90s, most notably as an artist, but also as the head of the Plus 8 and Minus labels. This week, he’ll be performing a live set as Plastikman as part of the MUTEK festival’s Nocturne 03 event, so the timing was perfect for Hawtin to put together this exclusive mix, entitled Richie Hawtin @ Bermuda (Plastikman’s Bermuda Triangle interpretation). We’ll let him explain the concept in his own words:

One of the most common questions over the years has been what is the difference between Richie Hawtin and Plastikman. My most common answer is that Richie Hawtin is, or has become, the extrovert on stage, playing, performing, and partying with/for the audience, while Plastikman has remained connected to my more introverted side. A side that feels more comfortable locked away with my machine or hiding behind a curtain of technology, creating my own unique and personal take on electronic music. For this podcast, I decided to experiment with the idea of how one of my personas would interpret the other: What would happen if Hawtin met Plastikman, or vice versa. So here, you will find a reinterpretation of a live Hawtin DJ set recorded at the Bermuda festival on November 6, 2010. Cut up, slowed down, shifted, and time-displaced to take the feel and experience of Hawtin into the realm of Plastikman.

Those who can’t make it to Montreal this week should know that Hawtin will also be performing as Plastikman at Amnesia Ibiza this August and at New York’s Electric Zoo festival in September. In the meantime, dig in to this exclusive mix.

Go here to check our the second half of our special 200th podcast.