2011 has seen a significant uptick in Underground Resistance worship, something we here at XLR8R […] 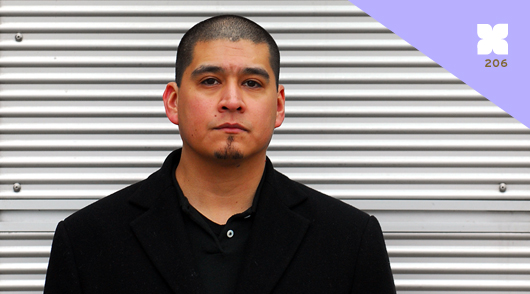 2011 has seen a significant uptick in Underground Resistance worship, something we here at XLR8R […]

2011 has seen a significant uptick in Underground Resistance worship, something we here at XLR8R have no qualms about taking part in. The year has also seen a new wave of reverence for one-time UR member Rolando, the man responsible for 1999’s classic “Jaguar,” which just so happens to be one of the biggest techno records ever. A lot has changed in the subsequent decade-plus—most importantly, Rolando has left UR and Detroit behind and set up shop in Edinburgh, Scotland—but he’s still an artist who’s pushing the boundaries of techno and releasing quality tunes, most recently the 5 to 9 EP on Ostgut Ton. Back in May, we spoke to Rolando about where’s he at musically, so we figured now would be a good time to follow that up with an exclusive mix for the XLR8R podcast series. Skillfully bringing together strains of techno, house, and disco, Rolando flexes his veteran DJ muscle and assembles a mix that lives up to his legendary status.