At this point, it’s almost easier to talk about what Roman Flügel hasn’t done than […] 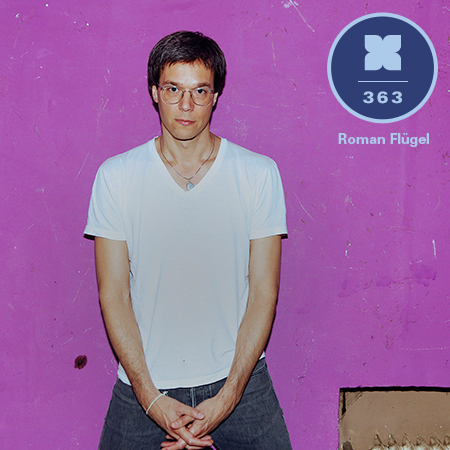 At this point, it’s almost easier to talk about what Roman Flügel hasn’t done than […]

At this point, it’s almost easier to talk about what Roman Flügel hasn’t done than it is to list his various projects and accomplishments from the past two decades. The veteran German producer has dabbled in house, techno, electro, ambient, IDM, and more over the course of his career, working both as a solo artist (using his own name and a myriad of aliases) and in tandem with others in a number of collaborative projects. He’s also had a hand in running a triumvirate of Frankfurt labels that includes Playhouse, Klang Elektronik, and Ongaku Musik. Still, despite all of this experience, it was only in 2011 that Flügel released a proper debut full-length, Fatty Folders, and he’s recently followed that up with a second album, Happiness Is Happening. In the midst of that, not to mention preparing for a North American tour that kicks off this week, Flügel somehow found the time to put together an exclusive mix for the XLR8R podcast series.

Although Flügel continues to experiment with an assortment of styles, much of his production work in recent years has centered around slow-burning, groove-driven house, and that sound is at the center of his podcast. Over the course of an hour, Flügel weaves in bits of funk, disco, electro, and more, but there’s a steady pulse at the center of the proceedings that maintains a steady sense of momentum throughout. As such, the session has more of a gradual build than a series of peaks and valleys, but that’s more of a testament to Flügel’s steady hand than anything else. At this stage in his career, he doesn’t need to rely on flash or theatrics; he’s simply focused on building and maintaining a quality vibe, and is happy to do so at his own pace.