Grime is an interesting genre. Pundits have long been eager to declare the sound “dead,” […] 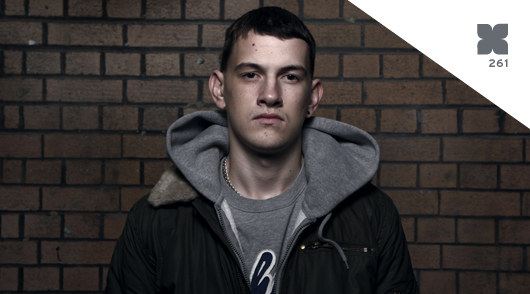 Grime is an interesting genre. Pundits have long been eager to declare the sound “dead,” […]

Grime is an interesting genre. Pundits have long been eager to declare the sound “dead,” yet now, nearly a decade past its initial appearance on the UK musical landscape, grime is experiencing what can only be viewed as an all-out resurgence. The efforts of veteran artists like Terror Danjah and (occasionally) Wiley continue to be celebrated, and a new generation led by Elijah & Skilliam’s Butterz crew has brought a vibrant, neon-streaked strain of grime to the forefront. One of the key figures in that movement is Royal-T, who joined the Rinse FM stable earlier this year and will soon be releasing his debut full-length, Rinse Presents: Royal-T. The album will arrive in early September, but in the meantime, we’ve invited the young British producer to put together an exclusive mix for the XLR8R podcast series. Grime isn’t a sound known for its subtlety, and that holds true here, as Royal-T spends most of the podcast weaving through an array of bleating synths, rapid-fire flows, banging beats, and squelching basslines. It’s peppered with numerous dubplates and bootleg remixes, and although Royal-T does cool things down a bit with some garage-leaning cuts toward the end, the majority of the mix focuses on high-energy sounds specifically designed to flex whatever speakers they happen to be blaring out of. It’s not especially refined, and it’s certainly not for the faint of heart, but it’s not supposed to be. The music here is exuberant, fun, and undoubtedly capable of whipping up British youth into a frenzy.