Over the past few months, a lot of space on XLR8R has been devoted to […] 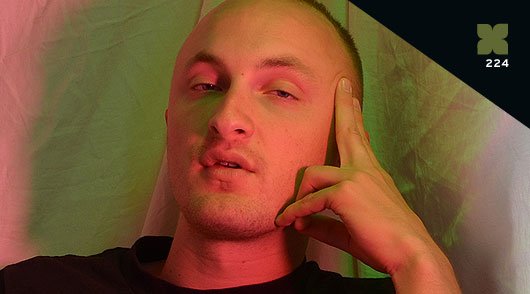 Over the past few months, a lot of space on XLR8R has been devoted to […]

Over the past few months, a lot of space on XLR8R has been devoted to the exploits of Los Angeles DJ/producer Samo Sound Boy, a Trouble & Bass-affiliated artist who recently struck out on his own with Body High, a new label he’s launched with Jerome Potter of LOL Boys. The pair have also begun producing together under the name DJ Dodger Stadium, a project which delivered the inaugural Body High release in early October. Only six weeks later, the young imprint is humming along nicely, having dropped a second EP from the mysterious DJ Funeral, with several more releases already lined up for the months ahead. As such, we figured now would be a good time to invite Samo Sound Boy to put together an exclusive mix for the XLR8R podcast series. Flying through 21 songs in just over 40 minutes, the mix showcases his ability to combine club-ready house and bass music with bombastic rap rhythms. It’s more or less a mission statement of what Body High is all about, something that’s strengthened by the fact that nearly half the tunes—several of which are unreleased—come from the label’s still-growing stable of artists. Also worth noting is that nearly all of the artists in the tracklist hail from the US; after several years of UK acts getting the majority of the electronic-music shine, perhaps things are shifting back toward the American side of the pond, and it appears that Samo Sound Boy and the Body High crew are right in the thick of it.