Throughout its history as one of Detroit’s most storied techno collectives, Underground Resistance has counted […] 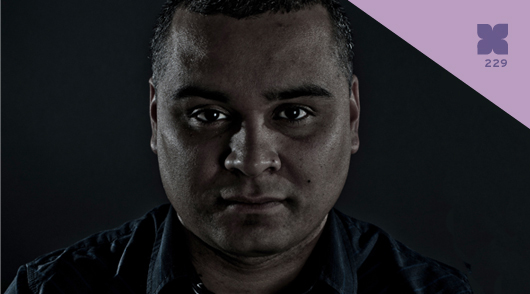 Throughout its history as one of Detroit’s most storied techno collectives, Underground Resistance has counted […]

Throughout its history as one of Detroit’s most storied techno collectives, Underground Resistance has counted a lot of top-notch producers and DJs amongst its ranks. One of those acts is Los Angeles native Santiago Salazar, who years ago packed up and headed to Detroit for some first-hand schooling from Mike Banks and the rest of the UR crew. While Salazar has since returned to his hometown and is now focused on his own labels, Historia y Violencia and Ican (running the latter with Esteban Adame), traces of Detroit’s distinctively deep and soulful sound undoubtedly remain in his music. Granted, spending all that time at the storied Submerge HQ, not to mention being a part of groups like Los Hermanos and Galaxy 2 Galaxy, was bound to leave its mark. Nevertheless, Salazar continues to strike out on his own, turning out thoughtful house productions that deftly weave together the best elements of so many classic sounds. He’s also an expert DJ, something he showcases on a regular basis as a resident at Secret Cinema, a weekly afterhours party in Los Angeles. After seeing him in action and hearing his most recent release, the Smile Now Cry Later EP (which dropped in late 2011 on Seventh Sign), we invited Salazar to put together an exclusive mix for the XLR8R podcast series, and he responded with this stellar 72-minute journey. Deep, dark, and compellingly propulsive, the mix combines choice selections from a few of Salazar’s former compatriots from the Motor City with tracks from his labels’ catalogs and a few other surprises. As Salazar brings it to a close, one thing becomes stunningly clear: the spirit of Detroit techno is alive and well, even when it’s residing a few thousand miles from home in sunny Southern California.