At this point, Paul Rose doesn’t need a whole lot of introduction. As head of […] 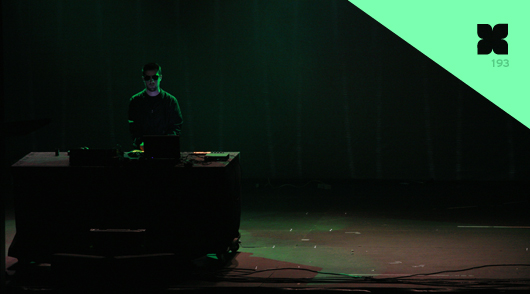 At this point, Paul Rose doesn’t need a whole lot of introduction. As head of […]

At this point, Paul Rose doesn’t need a whole lot of introduction. As head of the esteemed Hotflush imprint and an impressive producer in his own right, the UK-born, Berlin-based artist best known as Scuba has played an instrumental role in guiding dubstep towards brighter, more techno-influenced pastures. That passion for lighter sounds and 4/4 drum patterns has been further realized via his SCB moniker, a side-project that most recently turned out the stellar “Loss” b/w “FutureUnknown” 12″ on Aus Music, a record we’re so excited about that we invited Rose to put together another exclusive mix for the XLR8R podcast series. (He previously helmed a podcast for us back in November 2008 as Scuba. So yes, we’re technically breaking our own rules and giving Rose second go-round on the XLR8R podcast wheel, but at least the pseudonym has changed, right?) Impeccably crafted with nothing but three turntables and a mixer, the mix seamlessly glides between dubby techno, clattering house, pulsing acid, and various points in between. It’s a deep journey, one that could only properly be led by a veteran artist of Rose’s caliber.