LA native Henry Laufer may be a young fella, but the 19-year-old producer, better known […] 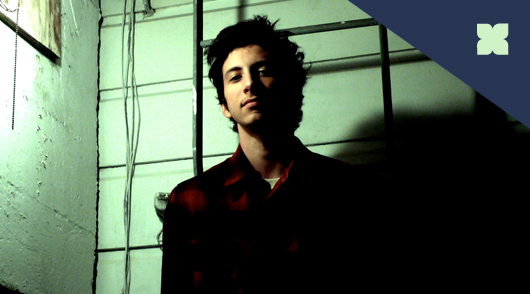 LA native Henry Laufer may be a young fella, but the 19-year-old producer, better known […]

LA native Henry Laufer may be a young fella, but the 19-year-old producer, better known as Shlohmo, has rocketed on to our radar screen in recent months with his lo-fi, psychedelic mix of abstract hip-hop, dubstep-flavored wonk, bouncy synth-funk, breezy trip-hop, and what sounds like lost gems from the mid-’90s Mo’ Wax catalog. Now splitting time between San Francisco and LA, in January Shlohmo will be releasing the Shlohmoshun Deluxe mini-album, so we decided to enlist him for the XLR8R podcast series now, before dude seriously blows up. On this exclusive, hour-long mix, he puts together a sampling of his own productions with a litany of unreleased and limited-release tunes, many courtesy of his compatriots in the Wedidit collective, which Shlohmo co-founded in 2008 while still a senior in high school. As our last podcast of 2009, we’re guessing this mix will appeal to fans of Flying Lotus, Nosaj Thing, and LA’s burgeoning beat scene while hopefully whetting everyone’s appetite for more great music (and XLR8R podcasts) to come in 2010.