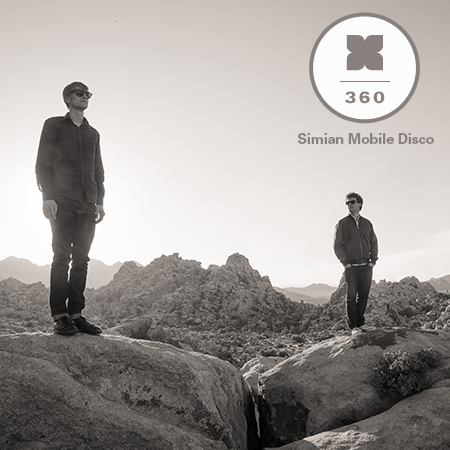 Simian Mobile Disco is a project that has gone through several stylistic iterations since the UK duo first debuted in the mid ’00s, and its music admirably continues to evolve. After reaching an unexpected high-water mark with the melodic techno of 2012’s Unpatterns, James Ford and Jas Shaw have reset the template once again on Whorl, the pair’s latest album. Recorded during an extended jam session in the California desert, the freshly released LP finds the duo going deeper than ever before. Later this week, Ford and Shaw will begin taking Whorl on tour around North America, and they’ll be following that up with a 12-week residency at London’s XOYO. Amidst all of this, we somehow convinced the veteran outfit to put together an exclusive mix for the XLR8R podcast.

Although Simian Mobile Disco has long been hailed for its studio prowess and live performances, the pair has always maintained a presence in the booth, often filling the downtime between album cycles with extensive DJ tours. That experience is certainly reflected in this 82-minute mix, which finds Ford and Shaw stringing together a collection of mostly new tracks. Bits of house, techno, and electro all make an appearance, but what unites them is a commitment to vibrant melodies and classic drum-machine rhythms. It’s telling that even though the podcast doesn’t include any selections from the Simian Mobile Disco catalog, the music is very much in keeping with the duo’s sound. After all of these years, it’s clear that Ford and Shaw have learned how to communicate effectively through music, regardless of whether or not that music is their own.