XLR8R got started back in 1993, right around the time that Stacey Pullen began releasing […] 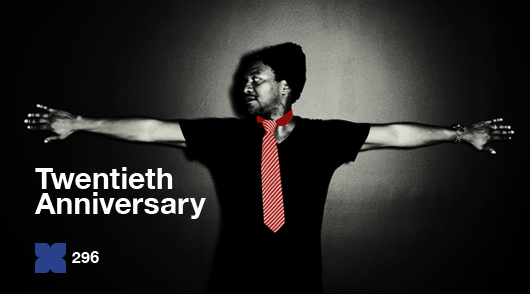 XLR8R got started back in 1993, right around the time that Stacey Pullen began releasing […]

XLR8R got started back in 1993, right around the time that Stacey Pullen began releasing records. Given our parallel trajectories, it makes sense that we’d enlist the Detroit stalwart to put together a mix as part of our month-long 20th anniversary celebration. A key member of Detroit techno’s second wave, Pullen came up under the tutelage of Motor City pioneers like Derrick May and Kevin Saunderson, but quickly made his own mark, particularly once he hit the global DJ circuit in ’93 and ’94. Since then, he’s been a fixture behind the decks in clubs around the globe, and has spent the past two decades spreading the gospel of Detroit. That said, Pullen’s production work has always been noteworthy as well, and recent years have found him increasingly operating in the studio, where he’s been busy crafting music for his re-energized Blackflag imprint. The label’s latest offering is Pullen’s own Any Which Way EP, which dropped just last week, but Blackflag is no mere vanity project. The imprint is home to numerous artists, and Pullen is so enthused about its output that he’s assembled an entire mix using nothing but tunes from its rapidly expanding discography. As the podcast demonstrates, Pullen has gravitated toward housier rhythms over the years, but regardless of what he’s playing, it’s compelling to hear a skilled veteran at work.