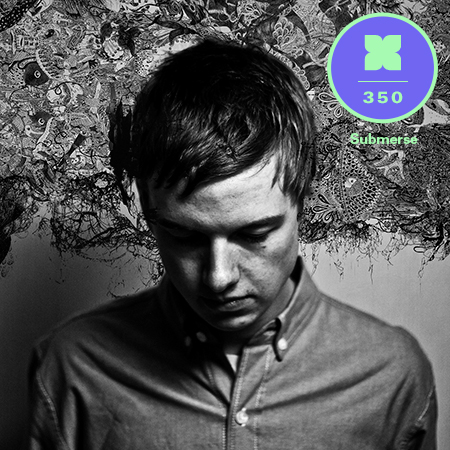 Back in 2011, we profiled Submerse (a.k.a. Rob Orme) in one of our Bubblin’ features (the series is now called Bubblin’ Up), and our write-up described his music as “something like Play-era Moby making 2-step.” In the years that have followed, we’ve kept tabs on the UK producer, charting his musical evolution as he temporarily relocated to Japan—he’s now back in London—and gradually moved away from the garage and bassline tendencies of his early output. That said, we certainly weren’t prepared for the hazy, hip-hop-leaning sounds that populate his forthcoming debut full-length, Slow Waves. Scheduled for release on July 28 via the Project: Mooncircle label, the album hews closer to the sun-kissed sounds of the West Coast beat scene than the neon skylines of Tokyo or the cloudy horizons of the UK, and it’s undoubtedly the most accomplished thing Submerse has produced to date. As such, we felt the time was right to give the man some room to operate, and invited him to put together an exclusive mix for the XLR8R podcast series.

Coming in at a svelte 42 minutes, the mix nonetheless includes 20 tracks. In truth, it plays more like a beat tape, albeit an expertly assembled one. Traces of Submerse’s time in Japan periodically rise to the surface, but without question, hip-hop is the stylistic through line here. More specifically, Orme appears to be particularly fond of lilting, off-kilter rhythms and a slightly dusty sound palette. What results is a rather relaxed listen, though the podcast’s easygoing nature does nothing to diminish its hypnotic allure.