After weeks of contributing to the standard end-of-the-year “best of” hoopla, we here at XLR8R […] 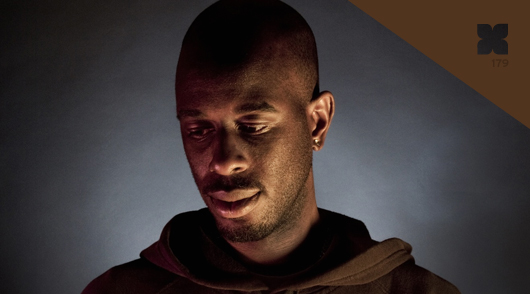 After weeks of contributing to the standard end-of-the-year “best of” hoopla, we here at XLR8R […]

After weeks of contributing to the standard end-of-the-year “best of” hoopla, we here at XLR8R are thrilled to shift our focus away from the past and back toward the future. After all, it’s fun to make lists and arbitrarily rank things, but examining the exciting new artists, labels, sounds, and styles that are coming down the pipe is where our passion truly lies. In that spirit, we’ve put the first XLR8R podcast of 2011 in the hands of a relative newcomer, T. Williams. To be fair, Tesfa Williams isn’t exactly a newcomer; the London-based producer and DJ actually got his start several years back as part of the Black Ops grime crew. But it’s Williams’ more recent work that truly grabbed our attention. Apart from heading up the Deep Teknologi label and crew with partner S.E.F., Williams has also released a steady stream of sultry, tribal, drum-laden productions, including tracks on Enchufada, PTN, Night Slugs (with L-Vis 1990), and, most notably, on Tom Lea’s Local Action imprint*. That’s an impressive 2010 resume, but if this mix is any indication, T. Williams should have an even bigger 2011. Clocking in at over an hour, the bulk of the mix is comprised of new and unreleased tracks, most of which are either produced by Williams himself, or set for release on his Deep Teknologi label. While the music certainly bears traces of UK garage, funky, and the whole post-dubstep diaspora, at its core it’s just stripped-down house with rumbling layers of percussion leading the way. It’s a seductive ride, and one that we’re glad to take into the new year.

* Speaking of Local Action, on January 28 the label is teaming up with the Days Like That crew for a party in London featuring Horsepower Productions, a jungle set by DVA, a garage set from T. Williams, Hot City, Damu, Tom Lea, and a slew of other DJs. Check the details here.