Young Teebs is more than just another producer in Southern California’s über-fertile beat scene. The […] 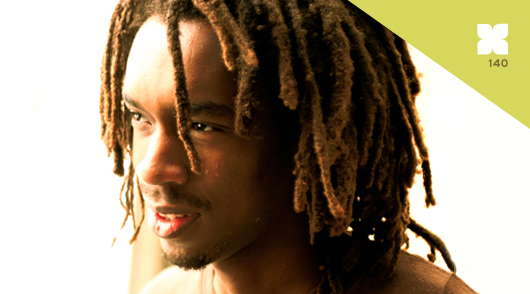 Young Teebs is more than just another producer in Southern California’s über-fertile beat scene. The […]

Young Teebs is more than just another producer in Southern California’s über-fertile beat scene. The Chino Hills resident—who swears that he’s moving back to LA proper very soon—is not only busy putting the finishing touches on a debut album slated for release on Flying Lotus’ Brainfeeder label later this year, he’s also an accomplished skater, artist, and painter. Basically, he’s one of those dudes who’s seemingly good at just about everything he does. Like many of his musical brethren, he claims to have been originally inspired by trips to vaunted weekly club night Low End Theory, although we’re guessing that the fact that he also has spent time living with FlyLo and Samiyam certainly hasn’t stifled his development as an artist. Now he’s fresh off the release of his collaborative Tropics EP with UK producer Jackhigh, and about to embark on a summer tour with like-minded young buck Shlohmo, so we were lucky to pin Teebs down long enough to put together a mix for the XLR8R podcast. Stuffed with hazy, blunted beats, the mix nicely captures the spirit of the LA sound and also happens to feature a grip of unreleased and exclusive tunes.