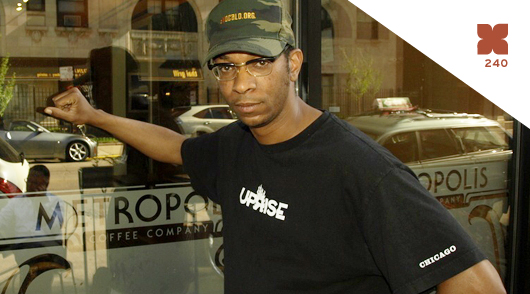 While there’s no shortage of praise for the mid- and late-’80s salad days of classic Chicago house, when it comes to talk of house music’s present, the Windy City sometimes feels grossly underrepresented. That’s certainly not the fault of Tevo Howard, a veteran DJ who has been dropping a steady stream of quality house records in the past few years. His most recent is the excellent Monument EP, which once again finds him mining the vintage drum sounds and stylistic tropes of Chicago house to create his own fresh takes on the genre. As such, we figured now would be a good time for Howard to put together an exclusive mix for the XLR8R podcast series, and although we expected a master course in house music, Howard had other ideas.

Basically, one of Chicago’s top house producers has put together a mix of ’80s electro cuts—some of them totally obscure, others by familiar faces—that began to influence him a full 15-20 years after their initial release. We’re sold.