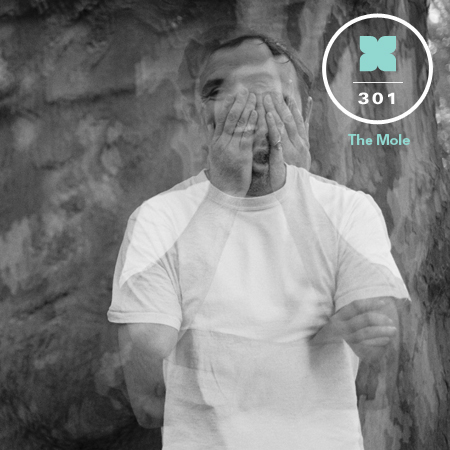 The Mole (a.k.a. Colin de la Plante) certainly isn’t the only Canadian producer who’s set up shop in the dancefloor-friendly confines of Berlin, but he’s surely one of the most accomplished. Though the veteran producer maintains a relatively low profile, his resume is impressive by just about any standard. A longtime member of the Wagon Repair stable and an occasional contributor to the Cobblestone Jazz project, de la Plante has also released music for labels like Kompakt, Ostgut Ton, and New Kanada, amongst others. While many artists with more than a decade of experience under their belts would be content to simply rest on their laurels and coast along, de la Plante continues to push in new directions—last year, he co-founded the Maybe Tomorrow imprint, and after releasing a pair of 12″s on the young label, he’s just issued Caregiver, his sophomore LP and first full-length since 2008. Given that the new album is surfacing this week, we thought now would be an excellent time for The Mole to put together an exclusive mix for the XLR8R podcast series. Composed in the midst of a nearly unbearable heat wave in Berlin last week, the podcast finds him doing some serious digging into his vinyl collection, as he fills out the mix with numerous slices of vintage house, disco, and funk. In accordance with the music’s organic nature, de la Plante’s DJing is at times a bit rough around the edges, but that only contributes the the overall vibe of the the 90-plus-minute session. Berlin might be known for its dark clubs and late nights, but The Mole has put together something that’s perfectly suitable for a sunny afternoon on a rooftop.