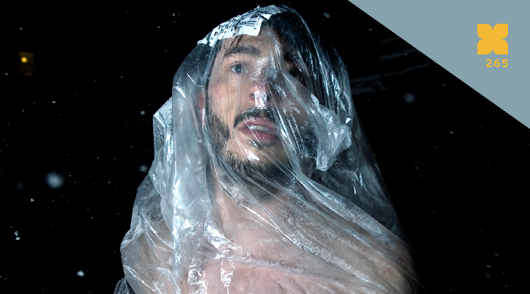 Just last Friday, London producer Tom Demac‘s name appeared on XLR8R for only the second time. (The first was back in March, when he offered up a free track for our Downloads section.) Nevertheless, Demac’s reappearance on the site was fairly significant, as his new single, “Critical Distance Pt. 2,” was given a glowing review and tabbed as an XLR8R Pick. Simply put, the track is a monster, and will surely go down as one of year’s biggest tunes. Yet Demac is no one-track wonder; he’s been turning out quality productions since the mid ’00s, and his output has seen a major uptick in 2012, with a number of releases on Hypercolour, Glasstable, and My Favorite Robot. Between all of these records and his recent head-turning live set on Boiler Room, we figured the time was right to ask the burgeoning beatmaker to put together an exclusive mix for the XLR8R podcast series. Demac certainly didn’t skimp on the effort, assembling a 70-plus minute session that’s loaded with quality house selections and plenty of his own tracks, many of which are currently unreleased. He operates in an interesting sonic space, incorporating chunky tech-house basslines without getting overly obvious, and referencing classic house tropes—he appears to be particularly fond of vintage drum sounds—without coming off as needlessly retro. In truth, it’s just a good, old-fashioned house mix, one that starts slow and groovy before working its way into a livelier, more pumping vibe. It’s not flashy and doesn’t need to be; Demac lets the music do the talking, and we’re more than happy to listen.