Although XLR8R covers many different corners of the electronic spectrum, it’s fair to say that […] 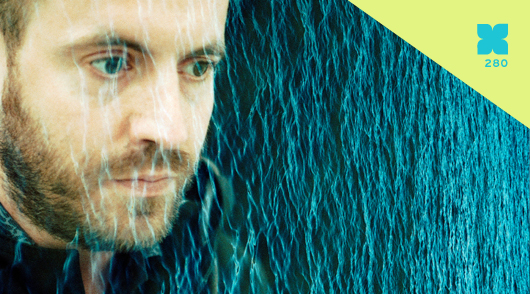 Although XLR8R covers many different corners of the electronic spectrum, it’s fair to say that […]

Although XLR8R covers many different corners of the electronic spectrum, it’s fair to say that we haven’t been paying a whole lot of attention to drum & bass as of late. That being said, we still have a soft spot for the genre’s heyday, and it appears we’re not alone. Ulrich Schnauss may be best known for the serene, shoegaze-flavored electronic soundscapes he’s been turning out for more than a decade, but when we asked the German veteran to participate in our podcast series, he elected to eschew his signature style and instead delve into his past. The result? A 78-minute offering he’s calling Drift to the Centre: Deep Atmospheric DnB from the Golden Age, a mix which also happens to represent the largest spotlight XLR8R has shone on drum & bass in quite some time. In fairness, before Schnauss began releasing music under his own name in the early ’00s and cooking up melody-rich pieces of pastoral electronic pop, he was crafting ambient drum & bass as Ethereal 77 and View to the Future, making this podcast a sort of return to his roots. It’s a bit of an unexpected left turn, but given that his new album, A Long Way to Fall, is arguably Schnauss’ most varied effort to date, it seems that the producer has perhaps reached a point where he’s looking to surprise people. The new LP—his fourth overall and first in six years—won’t see the light of day here in the US until February 12, but this mix should help to tide everyone over until that day arrives. As its ornate title suggests, the podcast is full of mid-’90s classics; it’s a celebration of the pre-techstep era, a time when drum & bass world—or at least a sizable portion of it—celebrated deep, soulful grooves and rolling jazz rhythms. It may not sound like Schnauss’ modern-day output, but its chilled vibes and relaxing effect are certainly similar.