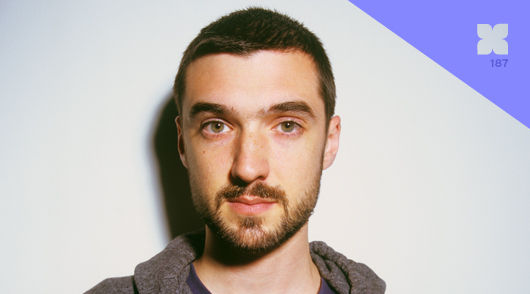 It’s hard to believe that more than a year has passed since Uproot Andy was profiled in the pages of XLR8R. In the often-nebulous, internet-driven world of tropical bass music, the NY-based DJ and producer is basically what passes for a veteran presence. In recent years, he’s released both original productions and remixes on labels such as Bersa Discos, ZZK, Dutty Artz, and Ghetto Bassquake. Last year’s remix of Los Rakas’ “Abrazame” was a certifiable summer jam, and the Que Bajo?! party that he puts on with tropical co-conspirator (and Dutty Artz crew member) Geko Jones is the spot in NY for upfront, electronically minded tropical and Latin dance music. Apart from that, Andy is currently at work on a proper debut album, but we finally convinced him to turn in an exclusive mix for the XLR8R podcast, right before he hopped on a plane to Colombia for a string of DJ gigs. As expected, his podcast traverses the globe, weaving together bass-heavy Latin re-edits—many of which are unreleased and of his own creation—with UK funky, dancehall, ghettotech, and plenty more indescribable points in between. For those of us muddling through the chilly final throes of winter, Uproot Andy’s mix is more than capable of heating things up until spring arrives.