It was early 2012 when XLR8R first profiled Visionist (a.k.a. Louis Carnell) in our ongoing […] 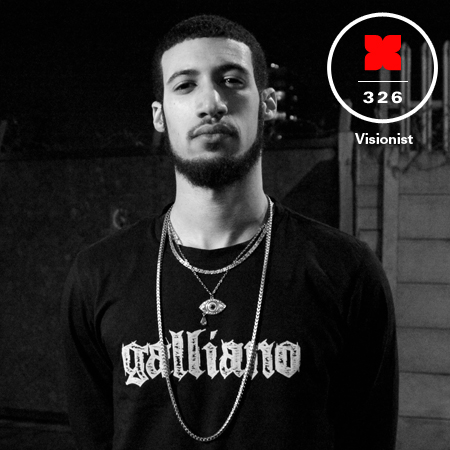 It was early 2012 when XLR8R first profiled Visionist (a.k.a. Louis Carnell) in our ongoing […]

It was early 2012 when XLR8R first profiled Visionist (a.k.a. Louis Carnell) in our ongoing Bubblin’ Up series, and even then, the London-based producer seemed like an incredibly busy guy. Over the past two years or so, he basically hasn’t stopped working; the latter half of 2013 proved to be a particularly fruitful period, as Visionist records popped up on Leisure System, RAMP, and Lit City Trax, solidifying the young producer’s position as one of the leading figures in the resurgent grime scene. Of course, what makes Visionist’s music so interesting is the fact that he’s not a classicist; grime may be at the center of his artistic vision, but his tracks often bare traces of hip-hop, R&B, footwork, and other urban sounds from across the Atlantic. Now that the calendar has flipped to 2014, he appears poised to properly stake his claim, not just as a grime producer, but as one of the UK’s most intriguing beatmakers. As such, we figured that there would be no better time to enlist his services for the XLR8R podcast series.

While official grime releases are gradually becoming more commonplace (thanks in part to the success of artists like Visionist), much of the scene continues to unfold online, with producers often tossing new tracks up on SoundCloud at a blistering pace. Given that reality, it’s little surprise that this exclusive mix contains so many unreleased and self-released tracks. Still, what the mix lacks in familiarity, it more than makes up for with the quality of the music on offer; moving through 25 selections in less than 45 minutes, Visionist demonstrates just how vast the grime landscape has become, as he’s as comfortable dealing in ambient-flavored abstraction as he is dropping bass-loaded bangers and rapid-fire snare rolls. With such a diverse palette of sounds to explore, grime is potentially more fascinating than ever, and it’s hard to think of a better guide than Visionist to lay out exactly what’s going on.