Despite his notably low-key persona, William T. Burnett isn’t someone who keeps quiet when it […] 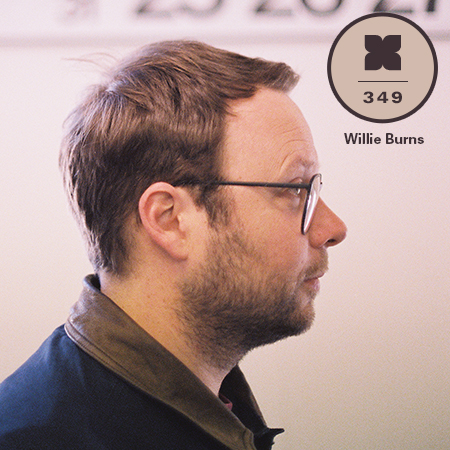 Despite his notably low-key persona, William T. Burnett isn’t someone who keeps quiet when it […]

Despite his notably low-key persona, William T. Burnett isn’t someone who keeps quiet when it comes to making music. The Texas-born, Brooklyn-based producer initially established himself in the early-’00s NYC club scene under the name Speculator, and later began releasing records with a different alias, Grackle, via Legowelt’s Strange Life Records. However, it was the introduction of a new, house-focused moniker, Willie Burns, that really seemed to light a fire under Burnett. Since the first Willie Burns record appeared in 2011, he’s kept up a blistering pace, adding new aliases (Black Deer, Phobian) while issuing tracks via labels like L.I.E.S., Crème Organization, The Trilogy Tapes, and Not Not Fun. Burnett also heads up his own label, W.T. Records, works at famed Brooklyn record depot The Thing, and holds down a weekly show at Newtown Radio. As if that wasn’t enough, he’s also managed to maintain an avid passion for collaboration, partnering with the likes of Eliot Lipp (as Galaxy Toobin’), Legowelt (as Smackulator), Jon Beall (as Daywalker + CF), actress Krysten Ritter (as Ex Vivian), Secret Circuit and Suzanne Kraft (as Odd Numbers), Jordan GCZ (as Crotocosm), and others too numerous to list. Amidst all of that activity, he’s also found the time to put together an exclusive mix for the XLR8R podcast series.

Burnett has something of a reputation as a digger—especially since his job at The Thing grants him access to an incalculable volume of vintage records—and his mix here certainly reflects that, whether he’s starting things off with an obscure piece of Turkish psych or blending in rare pieces of ’80s dance music. Over the course of 75 minutes, he’s not particularly loyal to any one genre, venturing into house, techno, disco, electro, and various points in between. As such, the podcast has a rather eclectic feel, something which remains intact even when the mix ventures into several tunes that Burnett himself had a hand in creating. Much like his recorded output, Burnett’s podcast may be a bit all over the place, but his ability to deliver quality sounds, regardless of what genre he’s dabbling in, is a testament to his versatility as an artist.