Thomas Martojo and Casper Tielrooij warm us up for the big throwdown with a sprawling set of tunes. 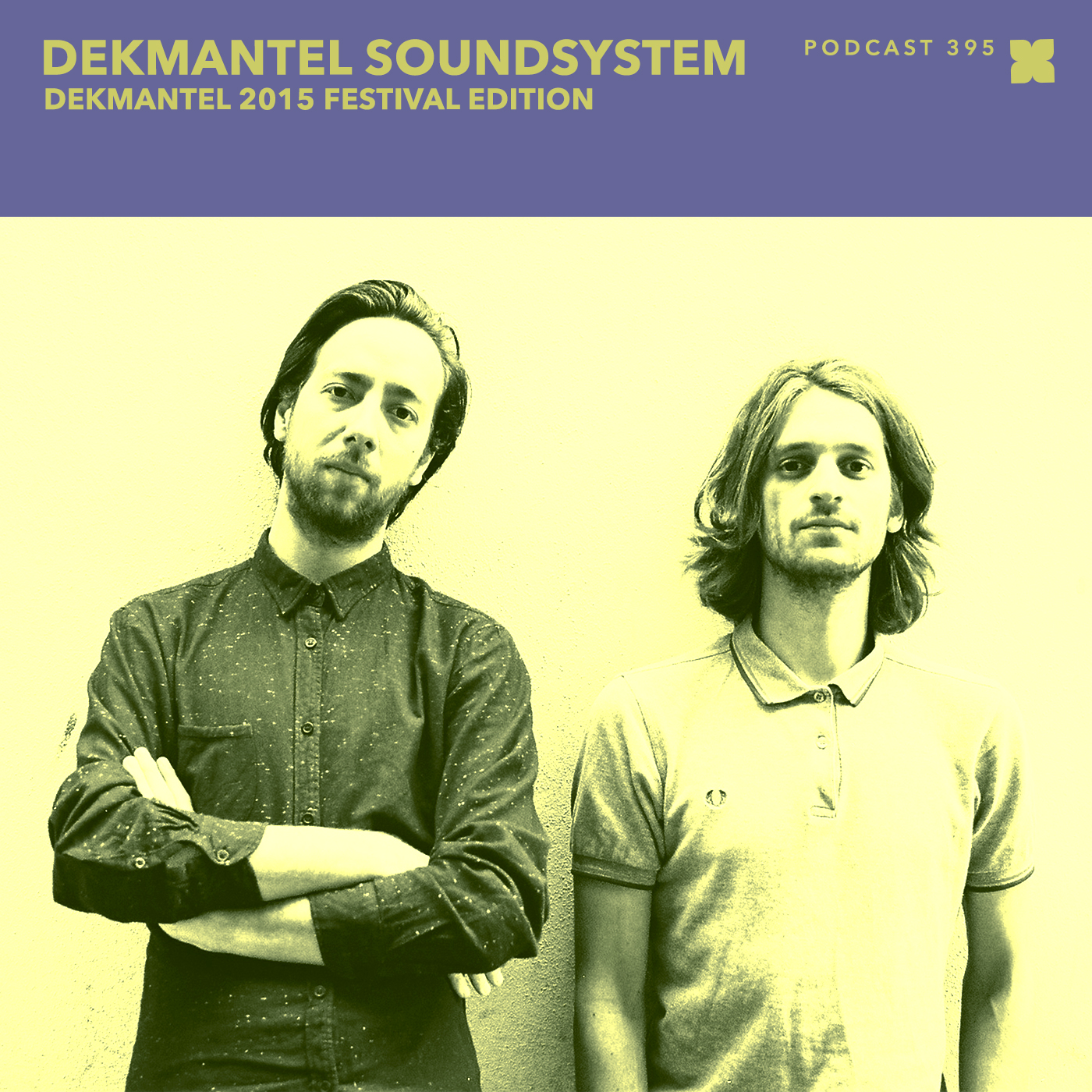 Thomas Martojo and Casper Tielrooij warm us up for the big throwdown with a sprawling set of tunes.

Festival season is in full swing—has all the action worn you out yet? Of course you’re not—with so much great music and fun times, there’s no way you’re going to let sunburn, ringing ears, a case of sleep deprivation or a depleted bank account get in the way of having a great time. Especially not right now, when one of the biggest and best electronic-music fests of the year is just around the corner. We’re talking, of course, about Dekmantel, held from Thursday, July 30 through the following Sunday, in the idyllic surroundings of the Amsterdam Bos—you can camp right on the site if you like—with daily excursions into the city center. And what a lineup! Kosmische-musik maestro Manuel Göttsching and Autechre open the proceedings with a night at the Muziekgebouw; Andy Stott, DJ Harvey,Luke Vibert, Surgeon, and Derrick May are among the groundbreaking artists playing Melkweg; and Four Tet, Ben Klock, Squarepusher, Ricardo Villalobos, Shed, and Motor City Drum Ensemble are just a sampling of the DJs and producers rocking the rhythms in the Bos itself. And let’s not forget the DJs most associated with Dekmantal, Thomas Martojo and Casper Tielrooij—better known as Dekmantel Soundsystem. The pair are much more than a couple of guys who spin tunes: Martojo and Tielrooij are the the men behind the beloved Dekmantel label, and the force behind the the three-year-old festival itself, among many other claims to fame. But they are very good DJs as well, of course, as you’ll discover via this sprawling set that takes in everything from Liaisons Dangereuses and AFX to the Nick Straker Band and Paul McCartney. In the run-up to the big party, Martojo was kind enough to take some time out to answer a few questions about the mix.

What kind of vibe were you going for on this mix?
We’ve tried to include most of our musical interests in this mix. We have the most fun DJing when we can have a bit of variety in what we play, setting different moods and having a bit of a storytelling element to it. We’re not so much interested in making perfect and seamless mixes; it’s all the more about taking people on that little journey with us. We did need close to three hours though—a one-hour homemade mix between the two of us just proved to be impossible!

What is it about the kind of music that you play that appeals to you?
We enjoy playing slow boogie groovers just as much as we enjoy playing vigorous techno bangers. There’s not one kind of music we’re into. That being said, what all music we love does have in this in common: It’s outspoken in some way. We prefer music to be a bit in-your-face—and we guess what it comes down to in the end is the character in music, really.

How does this mix compare to what you would play in a dancefloor or festival setting?
We haven’t recorded a mix at home together before and we did need a few tries before we got it right in all honesty. Thing is, we’ve been out DJing every weekend for nearly a decade now, and especially when playing together we’re very conditioned to feeding off of a crowd and anticipating on the atmosphere. It was interesting not to think about a crowd for a change—and the bonus side is that this mix includes a few tracks which we cant always get away with when playing on a dancefloor.