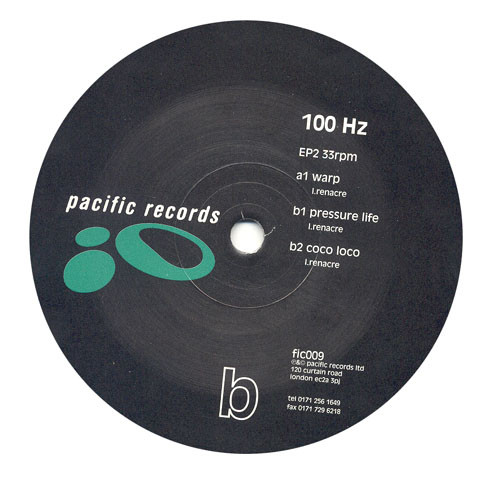 In support of XLR8Rplus and independent music, we’re now compiling 10 of our favorite Discogs gems into an easy-to-digest list each month; all submissions come from independent labels. You’ll perhaps know some but you’re unlikely to know them all—but these are some of the tracks that are on repeat week after week in the XLR8R offices. For our third edition of 10 Discogs Gems, we’ve gone for more heavy techno- and house-inspired list.

XLR8Rplus is a monthly subscription service to complement the main XLR8R site. Each month we share three unreleased tracks from three different artists—both known legends and lesser-known pioneers—that we feel are pushing the scene forward in inspiring ways. These tracks will be available for download in high-quality WAV format for the duration of one month; only subscribers for that particular month will have them. They will not be available anywhere else and there will be no access to archived material. You can find information on the latest edition of XLR8Rplus here. XLR8Rplus 005 features cuts from Scuba, Alex Smoke, and Janeret.

Made up of producer S. Moreira, a cast of diggers Cecilio, DJ Tree, and Laurine, and designer Santi Uribe, Slow Life’s appeal is one drawn from the sum of its parts. Based in Berlin, the grounded success of the label can be charted to its one for all mentality; an ethos that places the project’s steady growth ahead of any personal fame—they’ve let their music and curation reach audiences in an organic way, resulting in a fan base that recognizes the quality in their output and hard-earned skills. “Clean or High,” taken from 2016’s Chromophore compilation, is one of those tracks that is perfect for any time of the day, emotive, relaxing and uplifting; we’ve been playing this on repeat since its release and it’s still as fresh as ever.

Surreal Records, a sub-label of Swag Records, was founded in January 1993 by Mike Parsons and Paul Culver. They also owned a record shop of the same name where Terry Francis used to work. When it was released on the 1996 EP named after the title track, “Nassaur Bassed Party,” it was groundbreaking as it had a “tech house sound” before the term had even been properly coined. Pitched perfectly between acid techno and house, with thumping drums and a punchy bassline, this is an essential record for any fan of acid beats.

“Cicogna” is a great entry-point for those not so well informed when it comes to Italian soul, disco, and funk. With the single demanding an extortionate £260 ($340) on Discogs, it goes without saying that the 2018 Napoli Segreta Volume 1 compilation album that features the track was a hugely welcomed release. With beautiful vocals, a distinct saxophone hook, and catchy piano chords, it’s a jazz-infused Italo-disco gem.

We could have picked a host of French producer Janeret’s tracks, most of which fall within the sphere of minimal techno and deep house. But we love the versatility on display with “Solstice,” a jazzy, early liquid drum & bass cut released on 2016’s Coeur De Palmier. His recent release with XLR8Rplus is a driving after-hours house track; listen to a snippet here and subscribe to XLR8Rplus to download the full track.

BRS, meaning “British Rhythm Services,” formed during 1998 and consists of DJ Ben Vacara, Rob “Twin” Evans, and Mr. Mulatto. They consistently released a range of different styles within dance music, continually showcasing the scope in talent. In 2002, they released “You Know Why” on the Get Together EP, a deep house/garage classic guaranteed to get you moving.

A master producer and one of the most exhilarating live performers around (though touring very infrequently now), Alex Smoke is known for his unique style of brooding techno. The Glaswegian artist is one of those names who has long operated on the peripheries of club culture; refusing to conform to the industry, he opts to share the music he makes with minimal promotion or media engagement. “Pingu” is a dark, melodic, dancefloor builder with a pulsating bassline, found on Simple Things, the first release from  Vakant. Listen to a snippet of his recent release for XLR8Rplus here and subscribe to download the full track.

Move D and Thomas Meinecke have a lengthy history of working together: since their first collaboration back in 2000, Tomboy / Freud’s Baby, they have put out several other releases on the likes of Workshop and Intermedium. “Norfolk” is a song of beauty which opens the On The Map album, incorporating elements of hip-hop and downtempo beats on Kassem Mosse’s Ominira imprint. It’s not just a great track but also a powerful political message more relevant now than ever before. The sample centre’s around police brutality and striving for justice and peace, significant themes in the world today. A must have.

100 Hz has been releasing music since 1989, always one step ahead of the curve. His forward-thinking style is evident on all of his tracks and you could spend ages digging through his back catalogue unearthing gems that remain timeless to this day. With releases on labels such as SLOW LIFE, Imprints, Bosconi Records, and many more, he is one of those rare artists who keeps producing quality tracks evolving with the times yet never changing his musical soul. “Warp” was 100 Hz’ second release on the iconic Pacific records, a hard-hitting driving techno cut.

Scuba has shaped the direction of the electronic music scene’s bass-heavy landscape more than most. Starting with the underground garage sound that became dubstep, the pioneering DJ-producer has gone on to release an array of 12”s and five artist albums since first appearing with 2005 single “Timba/Sleepa,” released via his own Hotflush Recordings imprint. It was on this label that he released “Klinik,” a deep and dark dubstep/techno hybrid. Ahead of his forthcoming album, Scuba has released new material for the first time in two years with an exclusive track for XLR8Rplus; listen to the snippet here and subscribe to download the full track.

Domenica Rosa founded the hugely respected Imprints label together with Riccardo in 2012, with their mix of styles ranging from deep and minimal house to UK garage and breakbeat. In this track, Rosa remixed deep house legend Enrico Mantini’s “The Creator,” a great punchy house gem in its own right. In this edit, Rosa has created a deep house melodic masterpiece, the type of track to fit any mood and setting. One to play your friends at an after-party but also your parents in and around the house; it’s a tune for all ages and generations.