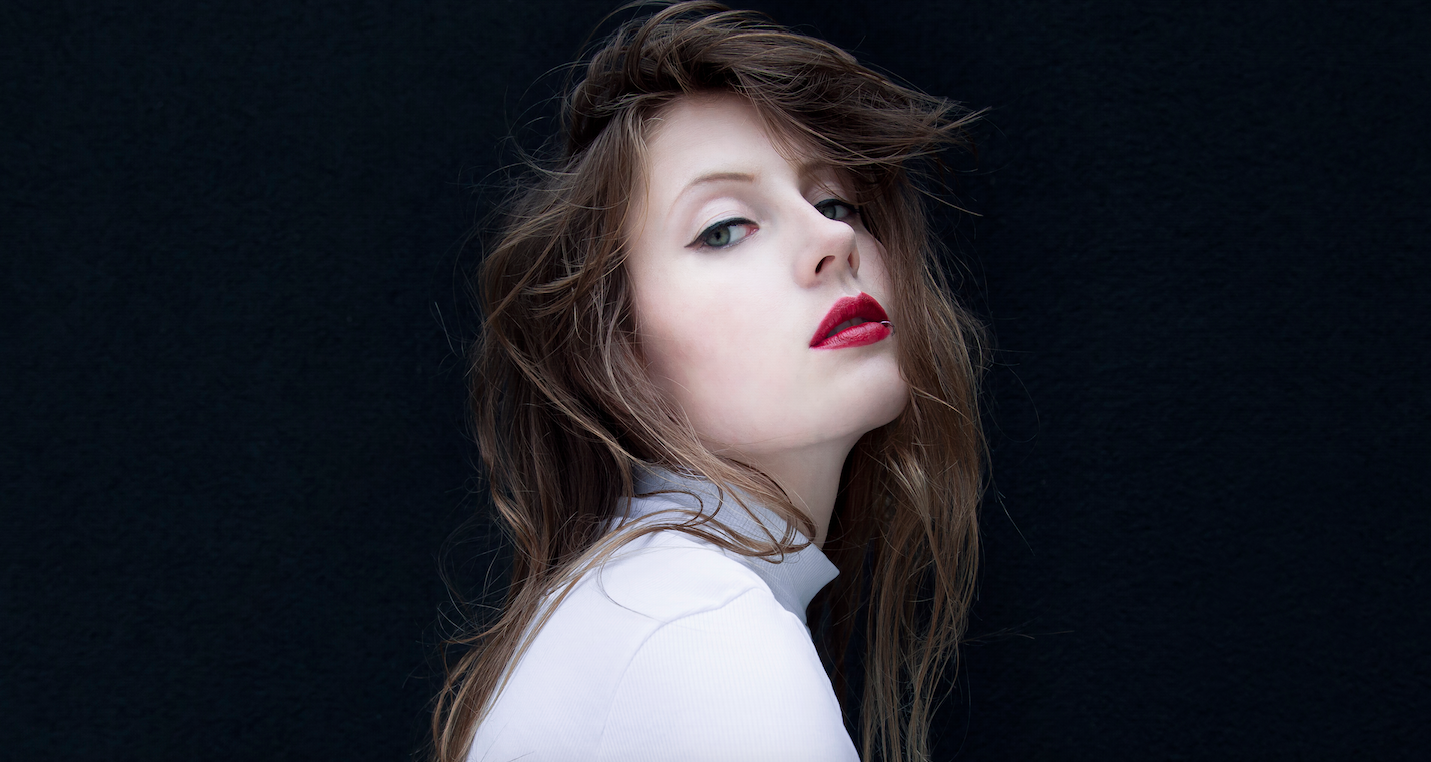 Over the last four years, Belgian artist Charlotte de Witte has enjoyed a meteoric rise through the ranks of the techno landscape. From the release of her first EP under her given name, 2015’s Weltschmerz on Turbo Recordings—before that she released a handful of outings as Raving George—Witte’s enigmatic presence and stark, monolithic sound has flowed throughout the scene in seemingly relentless fashion. Within the stark atmospheres and brain-melting rhythms of her music is an alluring quality that has seen Witte go on to release a further eight EPS on respected labels such as Sleaze Records, OFF Recordings, MARY GO WILD BLACK, and the recently relaunched NovaMute—there’s also an EP on the way on Saura next month.

On the DJ front, Witte’s career strides are even more impressive; look at the last 12 months, for example, and you’ll see performances logged at Awakenings, Junction2, Tomorrowland, Boiler Room, and Printworks, amongst many more. Earlier this week, Witte also added arguably the biggest DJ accolade to her resume with an Essential Mix for BBC Radio One, furthering her status as one of techno’s most promising artists. Furious and intense, the two-hour mix lands ahead of a US tour that will feature stops in San Diego, Boston, Denver, and Washington, among others. Ahead of the approaching tour, we asked Witte to answer our 20 questions about her history, 2017, her reading habits, and just about everything in between.

I’m sitting on a plane from Brussels to Munich. It’s Friday evening so I’m playing my first gig tonight in Augsburg in Germany. Tomorrow I’m playing two gigs (one in Bochum and one in Osnabruck) and on Sunday I’m playing in Hamburg. It’s actually a coincidence that I’m only playing in Germany this weekend.

It was a very intense year—safe to say things got very much out of hand! I got to travel the world which is something I always dreamed of doing. Even as a kid, I was always curious and eager to explore other cultures and meet people from all over the world. Being able to experience this, combined with playing music, is a wonderful thing. I got to know myself on many levels this year. I learned a lot by travelling alone and coping with fatigue but I’ve never lived life as much as I have in 2017.

3. Do you remember the first record you purchased?

4. Your first EP as Raving George in 2013 has a very mature sound—how long had you been producing before releasing it?

I remember I started Djing in 2010 and producing about two or three years later so I think that’s actually the year I started producing. I was 20 years old. The first steps of producing were very hard for me. It didn’t come naturally at all so, in the beginning, I had some friends who helped me out with the basics. They taught me the first steps of making something actually sound good and club proof but I always kind of knew how I wanted my music to be like so I guess that had a big impact on my first releases.

5. You used the name Raving George to avoid the stereotypes of being a female DJ and producer—how has it been since the change?

After DJing for six years, it became pretty obvious to most people that I actually was a woman, not a man. So the name started to lose its purpose. Music became something very serious to me. It became my full-time job and sort of my goal in life. Things got more serious. I found my way in life and I grew up. I didn’t feel the need to hide behind a male alter ego anymore. This is who I am; I am a woman, playing and producing music, and I’m bloody well proud of it too.

6. After a popular, breakout hit like “You’re Mine,” was it a hard decision for you to use your given name?

Not at all. I wanted to make a track like “You’re Mine” because I felt genuinely interested in producing other music as well and not only the club stuff. I didn’t want to limit myself or put myself in a box because that is what people might expect of me. I still don’t, but I do realise that it’s a very human thing to do to categorise people. It’s easier for promoters to book you on a techno line up if you play and produce only techno. It makes more sense and gets confusing if you start producing other tracks as well (under the same name). So dropping my old name and going full-on techno was a logical decision in my head.

7. Your productions under your given name have a much harder, heavier edge to them—are these sounds more true to you and was this a conscious decision to shift towards harder sounds?

They are more true to my underground self. And at least for the moment, that’s truly a place where I can find happiness. Producing that kind of music and especially playing in clubs truly gives me a feeling of satisfaction I wouldn’t like to miss.

8. Although you play dark shades of techno, you always look happy and content—what is it about darker music that connects with you in this way?

This question seems to return quite a lot in interviews but it’s something that’s quite hard to explain. I feel more attracted to darker, melancholic music because it creates more emotions and makes me live the moment. Just having a good time is not always enough for me and that is what attracts me so much in music that’s not necessarily happy. It makes me think about the music and therefore reaches a deeper level.

9. When starting music, do you have a regular production routine?

It really depends from moment to moment but I usually just start with creating a low-end loop. Depending on the mood or inspirations found, I might add vocals first or synths. I wish I could tell you a much more interesting process but I guess a lot of people work that way.

10. What are some of your all-time favourite non-club releases?

Hm. I love Ry X, James Blake, Dillon, Lera Lynn, Leonard Cohen, The Beatles… Also reggae music is something I often listen to in moments of stress while doing my accounting or while sitting in traffic. It eases my mind.

11. How did the connection with NovaMute happen?

I got in touch with Daniel Miller through my publisher about one year ago. I went to London to meet him in person and after that things took off in the usual way. I sent him some music, he told me which tracks he liked and we set a release date. It all happened very spontaneously. Now, whenever we’re in the same town (for instance in Amsterdam during ADE) we meet for coffee and have a little chat.

12. You started exploring the Ghent nightlife around 16 years old—do you remember your first club experience? Can you describe it?

My first underground club experience was indeed in 2009 / 2010. There was this club in Ghent called Make Up Club, located in a dungeon in the city centre, where I first fell in love with electro music. People used to dress up there, wear colourful feathers and glasses that kind of represented the rave culture from back in the days. Unfortunately, that club has been closed for years now.

13. You said in a recent Mixmag interview that you had never even touched CDJs before your first gig and that it was really bad—how long did it take you to get the hang of DJing?

I don’t know how long exactly, but I do remember it was very long. I could be lucky and have a couple of good transitions during a set, but it actually took me quite a while (like almost a year or something) to play a flawless set. It took me even longer to actually stop freaking out about it too.

14. Did you have a noticeable breakthrough moment or was it more of a slow build?

My first breakthrough was in 2011 when I won a DJ contest curated by Studio Brussel and Tomorrowland. It gave me a spot on one of their stages and turned me into a Studio Brussel resident. Years later, I got my own show on Studio Brussel and my own stage on Tomorrowland. The second breakthrough or life-changing moment was when I changed my artist name from Raving George to Charlotte de Witte. It wasn’t only a big step mentally, for me, but I have the feeling that ever since promoters also started to take me more seriously. Especially with this kind of music.

15. Tell us one thing people don’t know about you.

16. What’s the best piece of advice you have been given?

Hard to pick out just one but one of my closest friends, Nima, is like my personal guru. He knows what it’s like to have a life like this and he understands how the business works and the people within it. Every time we chat I end up saying, “You’re right again, Nima, as always.” Shout to you buddy!

I try not to drink too much and sleep as much as I can. People think that DJs have a massive rock ‘n’ roll life but if you would see me on tour people would think I’m rather boring! Of course, I have nights where I do stay for a long while, especially when I have friends around, but most of the times I try to stay responsible. I learned the hard way that sometimes, you have to listen to your body.

19. What’s your favourite thing to do outside of music?

20. If you could only listen to one record for the rest of your life what would it be?

Basically anything from The Beatles.