Pariah: No outcast, Arthur Cayzer’s sample-phonic beats are itching to be heard. 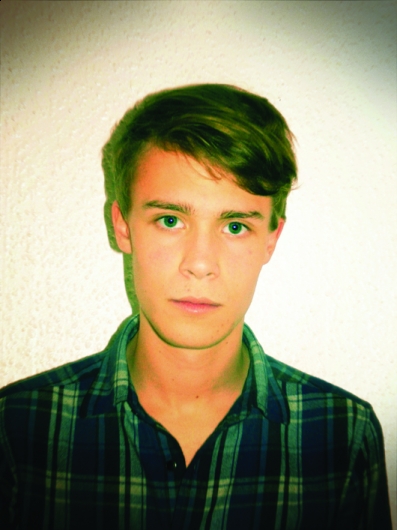 Pariah: No outcast, Arthur Cayzer’s sample-phonic beats are itching to be heard.

Arthur Cayzer isn’t unique among his producer peers for venerating Burial, declaring the influential artist’s Untrue to be one of the greatest things he’s heard in the last few years. “I’m probably pretty indebted to that album,” says the 22-year-old, now living in East London. “I would probably never use vocals in my production if it wasn’t for Burial.” On the other hand, he may stand out for being a huge fan of the Canadian hardcore act Cursed, which wrote the song that inspired Cayzer to go by the name Pariah when fashioning his own particular brand of melancholic, post-dubstep bass beats. “I love the whole hardcore scene as well. They do have this incredible emotion,” says Cayzer. “It might be different kinds of emotions, but it hits you just as hard. That’s something that I tried to hopefully replicate in a way, but just re-contextualize, with my music.”

Cayzer doesn’t exactly have a long production history; after fiddling with Logic on a friend’s computer as a teen, he got a MacBook in late 2008 and self-released his first single, the dusty and gritty “Detroit Falls,” shortly thereafter. Nevertheless, there is certainly a sense of urgency with both Cayzer’s music—from “Detroit Falls” to the superlative work on his eclectic and polished Safehouse EP, which dropped in October on the venerable R&S label—and his career. Part of it comes from his self-described loose and spontaneous production style and his use of vocals, a mixture of Motown samples and ’90s R&B (he won’t tell us the exact sources) that’s been a stylistic fixture as he finds his own voice. “The little phrases mean a lot to me, but I don’t think it’s the most important thing,” he says. “People can interpret it themselves. It creates an extra melody and something more human. Electronic music can be very cold sometimes.”

Cayzer checks off many of the standard electronic music influences, like Aphex Twin, Boards of Canada, and Brian Eno, and also feels a nostalgia for jungle and its golden age, though he was too young to experience it firsthand, instead having to cycle through singles like Doc Scott’s “It’s Yours” and old radio sets after the fact. He’s also been DJing recently, which has made him focus more on tight, dancefloor-focused arrangements, like “Orpheus,” the b-side of “Detroit Falls,” which is a dubbed-out thumper that references Burial’s style in a few ways, not least of which is the vocal sample, taken from Thelma Houston’s disco classic “Don’t Leave Me This Way.”

His own style is of course taking root, and Cayzer plans to work on a full-length album soon. “I’m going to try and take it away from the dancefloor while still having roots in dance music,” he offers, but not before he finishes his studies at Queen Mary in East London first. The proposed topic of his thesis is religious tensions as reflected in Shakespeare’s Hamlet, but the tragedy, at least for dance fans, is the wait.

Safehouses is out now on R&S.