Mystical rhythms and worldly grooves from an experimental icon. 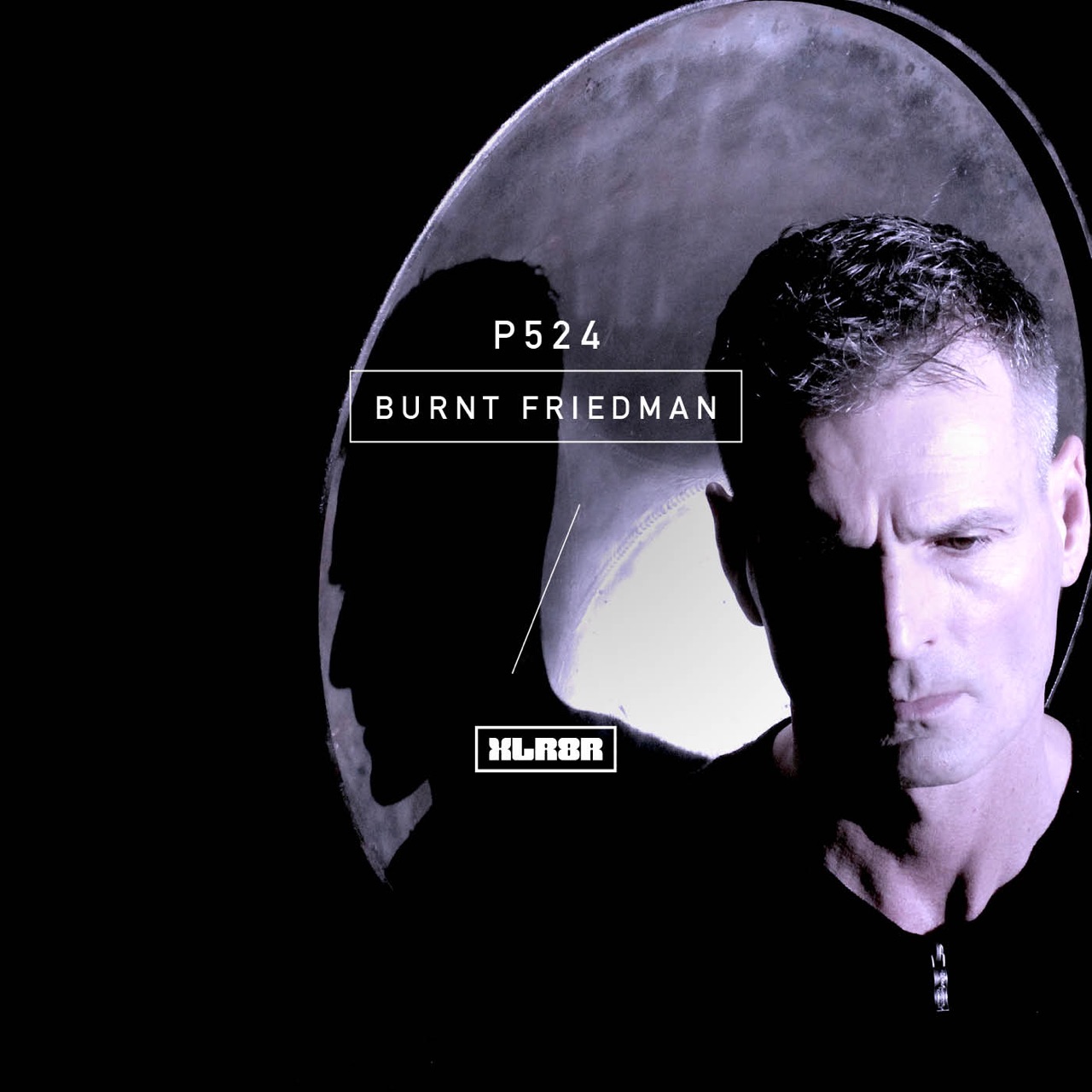 Mystical rhythms and worldly grooves from an experimental icon.

Within a few moments of experiencing Burnt Friedman’s music—whether a live set or his recorded output—it’s apparent that the German artist has crafted a singular style that is almost impossible to place in any established musical genre. Since the ‘70s, Friedman has explored non-traditional musical conventions, in turn producing a body of work unlike that of anything else out there. With broad touchstones that include elements of jazz, dub, world music, and techno, Friedman’s music can feel at once familiar and completely alien, engulfing the listener with elusive, confounding rhythms and evocative synth lines that seem to defy logic. Describing his music with words is an almost futile pursuit.

Last month, Friedman released a 37-year spanning compilation of his work via his Nonplace imprint. Titled Anthology 1980 – 2017, the release includes 17 tracks compiled from his releases on vinyl-only labels Latency, Marionette, and Dekmantel, alongside four previously unreleased cuts, providing a perfect starting point for new listeners or a fascinating glimpse through his career for initiated fans. It’s a perfect encapsulation of an artist who has been at the forefront of forward-thinking music for close to four decades.

Outside of his solo work, Friedman has also enjoyed a rich collaborative streak that has seen him work with fellow experimental music linchpins such as Uwe Schmidt (a.k.a. Atom ™), tambla master Mohammad Reza Mortazavi, poet Daniel Dodd-Ellis, Hayden Chisholm, Mark Ernestus, Steve Jansen, and, most notably, CAN drummer Jaki Liebezeit—Liebezeit sadly passed away last year—who Friedman credits with changing his life and furthering his exploration of non-traditional rhythms.

Constantly mutating and evolving, Friedman’s music is best experienced in the live setting; as he states, “Musicians will always prefer the live situation I would say—you can present something that you are really concerned with at that moment.” Alongside the aforementioned collaborators and as a solo musician, Friedman has collated a performance resume that reads like a dictionary of progressive institutions, including renowned appearances at Freerotation, Labyrinth, Golden Pudel, Club Der Visionaere, and Copenhagen Jazzhouse, among many others.

This week’s podcast provides a further look into Friedman’s musical sphere and gives a snapshot of his current listening habits. Eclectic, hypnotizing, and multi-layered, it’s an hour of transcendental music filled with mystical rhythms and worldly gems.

Burnt Friedman will be performing at this year’s Orbits Festival in the Portuguese countryside alongside Jane Fitz, Aurora Halal, Peter Van Hoesen, and many more great names. More information can be found here.

What was your entry into music?

I don’t remember but I do very well recall my “entry” into music-making, simply because I recorded everything to tape at the very beginning, in 1979, by using a shoe-cardboard box equipped with rubber bands in which a microphone was placed and added all sorts of toy percussion and stuff around it. In 1982, I was thrilled by the opportunity to play a real drum kit, but it never occurred to me to pursue a musical career. Only much later, upon the degree of my academic arts studies in 1992, did I finally accept my proclivity for sound over vision. By that time, it occurred to me that I had spent half of my life playing music with my friends in various groups, live, at home, or in rehearsal rooms, with and without machines, so it became my profession.

Did you come from a very musical background?

No, I do not come from a musical background at all, hence I owe a debt of gratitude to my parents.

You’ve long studied and centred your work on rhythm—what draws you to rhythm and this way of working?

My own fascination with repetition began upon realizing that I could learn, in other words “repeat” the making of music by executing specific repetitive motions. To my understanding, the source of learning is the transformation of and informing of one’s own body. For the lack of a better word, higher forces have the capacity to absorb one in the process of repetitive motion. Intrepidity is one of the liberating, long-term benefits as it scares demons away. This becomes particularly efficient with rhythmic “witchcraft” beyond the common, even spectrum (even numbers). To call those “poly-rhythms” is deceitful and could not be further from the truth. In the infinite process of learning, I am trying to shed light on the nature of rhythms by incorporating my practice and body memory also to machine-production and recorded formats.

Your recently released anthology features works produced from 1980-2017—alongside your own development, how have you interpreted the evolution of the greater musical landscape in that time?

The most remarkable, liberating period in recorded popular music history to me is the time around 1981, in terms of a drastic widening in the stylistic range of music. In comparison, the period, say 1998 to 2017 looks almost irrelevant—which is not to say that there is no interesting music after 81—nevertheless, the variety of musical ideas released into the public sphere in 1981, roughly, compared to the relative conformity, alignment, and regurgitation of the same, including the sampling of it, within the past 15 years is shocking to me. Here are a few examples of the rather adventurous 1981, incorporating the notion of repetition or sequencing, notably on fairly common labels:

I’ve come to the conclusion that music-making is an artistic endeavour, in that anything that fails to provide something relevant if not new, should not necessarily be published. That’s how I interpret the musical landscape at any time, in other words, an artist, being an individual concerned with what could be a legitimate piece of music today, may strive for the best possible and most meaningful.

In my opinion, the “7” in 2017 looks slightly askew, so that during the year I had trouble confusing it with 2011 which had a more symmetrical accuracy to it. It does not rectify much placing 20 in front of it. This is drawing the attention to more than 2000 years located behind us, while the human mind has increasing trouble to fill such time span with relevant memory, and sadly, as one is made to believe, apparently not as many in front of us. Being a proponent of two digits instead of four, “17” would have given a more correct credit to the prematurity of humankind and its few promising achievements (the sovereignty of the individual being one of them), whereas the amount of 2017 years after Christ is quite dizzying and obfuscating, as humankind has actually entered a new epoch after crossing the zero threshold.

Where and when was this mix recorded?

This mix was recorded in the studio at home in December 2017.

I use a vinyl player or two, if I wish so, with variable speed control. The etchings of the vinyl mysteriously convert into waveform depictions of variable sizes and color represented on a technical device I erroneously call “Pro Fools.” It has proven to be the most reliable working unit as long as operated offline since 1995. All tracks are slightly compressed, equalized, and some are even edited by help of “Pro Fools” software to create a seamless flow of music very much to the horror of the originators, I guess, who once may have thought that they accomplished their work at an optimum technical level.

Was there a particular mood or idea you were looking to convey?

My purpose was to create a mix I would want to listen to myself without any particular mission to convey nor problem to confront. Yet, this attitude automatically grants for a certain scope to appear and, while recording and listening, I find that the music is bearing a relationship and “connectability” on its own.

How did you select the tracks you wanted to include?

Firstly, I deliberately limited my choices to one format, vinyl, then selected my current favourites, without preference to epoch, style, or territory and, of course, not the tracks I had picked out some time before. So, I selected the records I would want to listen to again, or records that I was curious to check out again, as to see whether I could find something I had overheard while being biased, plus pieces that were functional as transitions or background additives. Lastly, all tracks were required to serve the mix in one way or another, at least not stand out erratically or dominate other pieces.

What do you have coming up this year?

Just briefly, I am very much looking forward to playing live with Mohammad Reza Mortazavi in 2018 and I have also started to mixdown a Burnt Friedman solo album to be released this year on Nonplace.

Thanks very much for your interest and support.