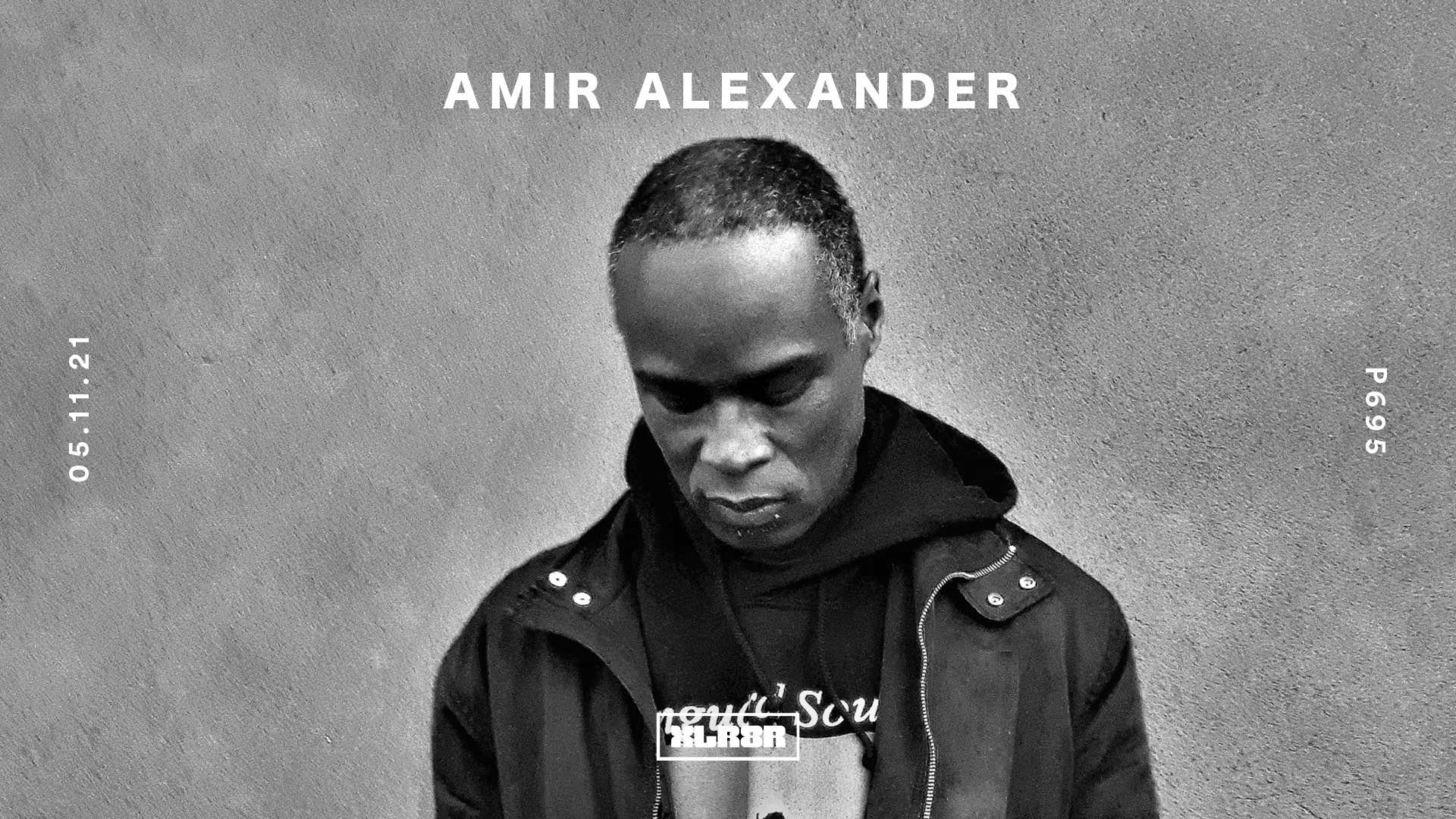 Amir Alexander, a veteran DJ-producer currently based in Malmö, Sweden, recently featured in DJ Three‘s Hallucienda takeover of XLR8R+. Alexander met Three in the early ’90s while attending school in Tampa, Florida, where he was exposed to a range of musical styles, from house and hip-hop to acid jazz and rare groove. One night he went out to a party in Cocoa Beach, where Three’s set caught his ear. The music blew him away, Alexander recalled in an interview, so he approached Three to learn about his work. It didn’t take long for Alexander to begin spinning records himself.

In the years since that moment, Three has remained a good friend and a mentor of sorts, while Alexander’s music has taken him through San Francisco, Berlin, and Malmö, his home since 2014. His first stop, however, was Chicago, where he fell in love with the city’s deep house sounds. He’d attend parties, mixing with and learning from the likes of Angel Alanis, Gene Hunt, and Jaimie 3:26, and soon he wanted to make his own music. Through the mid-to-late noughties, he released his first records, prompted by local hero G. Marcell to join Bearatonerecordings. 2009’s “Necessary Sanctuary,” with its raw, deep groove, became an instant classic, making its way across the Atlantic where it became fodder for the likes of Zip, Ricardo Villalobos, and Sammy Dee.

Upon leaving Chicago, Alexander has become ingrained in European dance music circles, putting out work on Secretsundaze and, more recently, Thomas Melchior’s My King Is Light, where he’s showcased a wonkier style. His second of two albums came in 2018 on Just Jack Recordings. Meanwhile, he helms Vanguard Sound!, a left-of-center label specializing in deep house and techno, but also cutting-edge trap, drill, and hip-hop. The label’s latest release came from Ricky Spitzz, Alexander’s trap project, titled The Hour of The Time. He’s scheduled to release a new EP on Hallucienda this summer.

Alexander’s XLR8R podcast showcases the material on Micro​/​Minimal, his second album in as many months. He recorded the material especially for the XLR8R podcast, focusing on making people dance using only a few elements. He then performed these “ultra minimal tracks” live in real time with EQing, filtering, and effects. Through this live set of original material, you fully absorb Alexander’s vision of raw, gritty tracks for the head, body, and soul. You can buy the album here, and download the mix below.

Spending as much time as possible with my six-year-old son. Working on a one-man-band heavy metal album. With a traditional setup: guitar, bass guitar, drum kit, atmospheric keys. Staying positive. Eating clean. And being fit.

02. What have you been listening to through lockdown?

A lot of classical and jazz at first. A bit of hip-hop. Lately all blues and heavy metal. With this new album, my aim is to fuse the guitar music-based forms I love into something fresh. I hope. Plus there’s been some extreme metal and a touch of progressive. However, I rarely find the time to simply listen to music; I’m usually making music. So I listen to myself! And when I do listen, it’s for research, study, and just to absorb the vibes and living the life of a musician of the particular form(s) I am “soaking up.”

03. Today you’re releasing a new album, Micro​/​Minimal. What’s the story behind it?

Micro​/​Minimal is a Detroit minimal techno album, and it’s name comes from the type of music therein. And the synth I used to make it. Every synth sound was created with the mighty Korg MicroKorg. It’s a hugely popular yet still highly underrated little beast of a synth and I wanted to showcase the power, subtlety, nuance, and moods it’s capable of generating. 80% of the drums on nine of the 10 tracks were created with my DRM1 MKIII drum synthesizer. With the other 20% or so coming from my Yamaha RY30 Rhythm Programmer. Which is a sample-based drum synth. The track “Song of Solomon” was made with the MicroKorg and my Roland TR-909 before I sold it. I used my Akai MPC 1000 to sequence. As well for overdubbing a few synth leads from the MicroKorg. I wanted to pack in as much emotion and vibes with as few elements as possible. So ultra minimalist tracks. One main loop and or groove. With minimal embellishments. Just raw, gritty tracks for the head, body, and soul.

The podcast is a live set recording of the new album project I made especially for this XLR8R feature, Micro​/​Minimal. I created the album then recorded the tracks as a live set. I then chopped the set into individual tracks and sent them off to be mastered. After getting them back I pasted the set back together, then loaded it into Acid Pro and recorded a pass of me doing live EQing, filtering, and effects the way I would have if I were playing the tracks in a DJ set. The mix is the best of both worlds: a live set and DJ mix hybrid of sorts!

04. When did you do all the recording and mixing?

I recorded it all two or three weeks ago. The XLR8R podcast was the motivational spark I needed to gain the inspiration needed to pursue a project I’ve wanted to do for several years: a minimal album. Thus I set up a list of limitations. Then I gave myself a deadline of one week to compose nine tracks to go with the one I had already made, “The Song of Solomon.” Which was the vibe template for the entire project, and I based the style of the other nine tracks on that one. So first I made the tracks, then I recorded a live set of all the material. After that, I chopped the set into individual tracks to send off to be mastered. Once I got the music back from my mastering engineer, Gabe from Spatial Mastering, I pasted the set back together, then I ran it once in my number two favorite DAW, Acid Pro. Which for what I wanted to do was a better choice than FL Studio. I pressed play in Acid Pro and recorded in Sound Forge so I could run the set like a DJ and do some live EQ drops, filtering, cuts, and effects. These are things I refrained from doing when first I recorded the set because I knew that I would be dividing it up into individual tracks to be mastered. Basically chopping two proverbial trees with one stroke of the axe.

05. What are your plans for the rest of the year?

I hope to spend as much time with my son creating happy memories for him so when the old man is gone he remembers me fondly. I’m also probably going to write two of three more albums. Stay calm, healthy, and positive. Dive deeper into my Metal Head/Blues Man alter ego(s). I’ll probably also continue searching for a “regular job.” And also try to stay alive!