Fast-paced techno and electro from Glasgow. 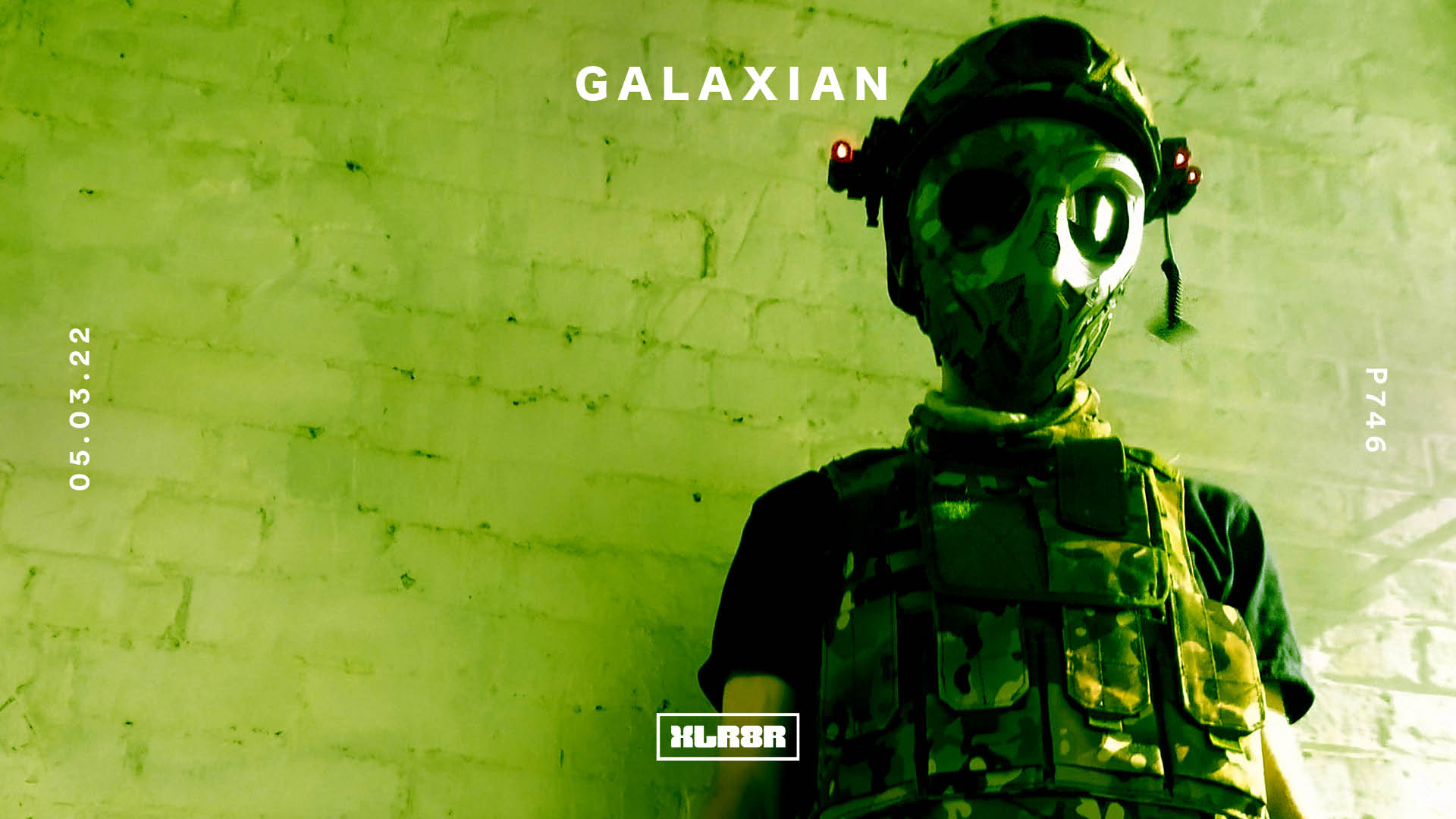 Fast-paced techno and electro from Glasgow.

Few artists can claim to have been as busy as veteran electro producer Mark Kastner, the artist best known as Galaxian. Later this month, he’ll release We Are Power, the first Galaxian album since 2010’s Repent, via Shipwrec and Foul-Up. And, as if that wasn’t enough, there are several more in the pipeline. “Maybe I’ll take a day off or two,” he tells XLR8R. “At some point…”

Kastner, based in Glasgow, Scotland, first connected with music in 1991, through a pair of Technics SL1210s at his friend’s house. “I tried them out and was able to match the beats of the two records that he had given me,” he recalls. “It seemed like I had a natural ability.” Unemployed and unable to afford decks himself, he made an agreement that, provided his friend was out working, he could use the decks to make mixtapes, which he’d try to sell in nightclubs. He was instantly hooked.

His move into making music happened around 1996 when he acquired some synths to make music as Fat Fingers with his sister. Galaxian was born in 2007, with “new ideas, a new approach, and new vigor.” In the years since, he’s been putting out dizzying amounts of hard-edged techno and electro across labels like Manchester’s Natural Sciences and Helena Hauff‘s Return To Disorder. Last year, he even rolled out an album as Kas for Munich’s Ilian Tape. He also tours heavily, appearing in his militant outfit.

To celebrate the new album, Kastner has put together a rare DJ set of the sort of dizzying beats he’s been rolling out for more than a decade. Across its 90-minute run-time, you’ll hear upcoming release exclusives—including several from the new album—plus some demos alongside vintage classics and lesser-known gems from some of his favorite artists. It’s a white-knuckle ride in industrial, electro, and EBM, flavored with dark drum programming and synth eruptions, with an almost impossible amount of energy. It would be exhausting if it didn’t sound so good!

01. What have you been up to recently?
Well, I’ve completed work on three albums, two EPs, and one zine that I’m really happy about. I’ve been working flat out out since late last year to get all that finished. I’ve realized the tremendous amount of effort and work involved in not only creating and getting the music right, but placing it with the right labels and dealing with all the aspects involved in making a record. At times it can be tiring and frustrating, but it’s worth it in the end.

02. You’re returning soon with your first Galaxian album in a decade. What can you tell us about it?
That’s true. I’m delighted that We Are Power is finally coming out. It’s been such a long time in the making. It has an encompassing arc; a theme and mood that feels like a story. I guess that’s an old school way of looking at things but I like that. Some of my best listening experiences are albums that are the full package; that take me away for the length of their run-time; that represent a time, a place, a feeling. I’d hope that is what this album does!

It’s not all super intense tracks at breakneck speed. It would have been easier to make a dancefloor-ready, banger filled album but that wouldn’t have felt right or artistically honest. Sure, there are some peak moments in this but it also coasts along at some point. There are many warmer, deeper, heartfelt tracks than you may not have come to expect from me. It’s all in there. Put it this way: by now I have heard the album countless times and I’m not fed up with it, and that seems like a good omen to me!

03. Where and when did you record this mix?
I recorded the mix in my living room in Glasgow on Saturday afternoon.

04. How did you go about choosing the tracks that you’ve included?
I sorted through a lot of tracks, made a shortlist of what I’d love to include, then I made more lists of the different styles that were included. I narrowed it down until I had a must-play core. Then I played through them, trying to weed out the ones that don’t have the vibe or feel I was going for in this particular mix. For me it’s good to get a feel for what tracks mix well with others; I often repeat a mix of particular songs if it’s something special. There’s so much great stuff I wanted to play but I had to skip loads because there isn’t enough time to fit them all in!

05. What can the listener expect?
Tough, high in energy, and high impact. I tried to keep it tight. Often I will start slowly, build up, and let things develop from there. With this one I just drop the listener right in it. It’s a trip through some of the music I’m excited and inspired by these days across a number of genres.

06. How does it compare to what we might hear you play in a club?
This mix is quite representative of what I might play if I was DJing out. Normally I’m playing live at events which is, of course, all my own productions so it differs greatly. I played a few incognito DJ sets recently that went down really well, so I really want to DJ out a lot more. It’s how I started in music well before I was a producer. I really love DJing. I guess when people think of Galaxian they associate me with my productions more than my DJing abilities and when it comes to booking it’s a similar story. I’m going to be pushing more DJ shows now though. It feels easier than doing a live set: just give me a mixer with a cross-fader and we’re all going to have a lot of fun!

07. What’s next on your horizon?
There’s a few releases to come this year after We Are Power. One from a brand new pseudonym I have been working on quietly. All very exciting. I’m on the verge of finishing one more EP for a very cool label. I’m also re-tooling, re-imagining the way I work, and the way in which I create and process sounds. This has already yielded interesting results.